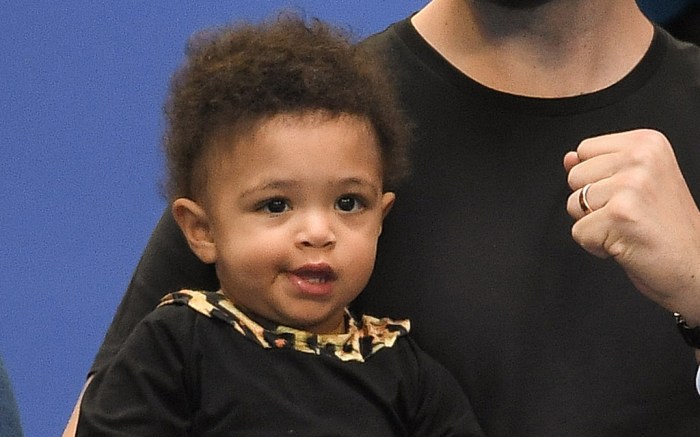 In a video shared to Williams’ Instagram yesterday, Olympia is seen fooling around with a series of neon green and black tennis racquets, plucked straight from the packaging.

The toddler — who Williams shares with Reddit founder husband Alexis Ohanian — is wearing a cherry-printed sundress and her hair pulled back in an updo.

History in the making….

“History in the making….,” the 37-year-old captioned the video, which was viewed more than 1.7 million times on the photo-sharing platform.

After taking some time off from tennis following Olympia’s birth, Williams came back in 2018, making her return to Grand Slam tennis with the French Open.

Consistently ranked as the highest-paid female athlete by Forbes, the 23-time Grand Slam champ pads her bank account with a sizable endorsement portfolio. Apart from her longtime Nike deal, Williams launched her eponymous clothing line in May 2018, selling an assortment of athletic- and formalwear on her website, SerenaWilliams.com.

Click through the gallery for more of Serena Williams’ on-court style.