Selena Gomez Does the Animal-Print Trend in Slouchy Suede Boots 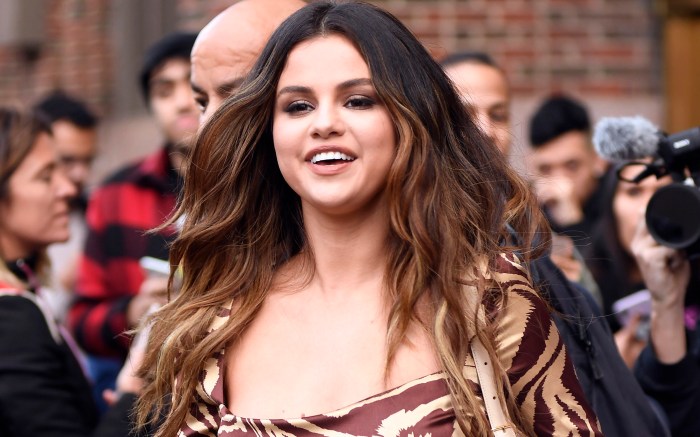 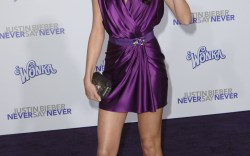 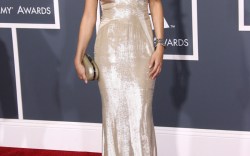 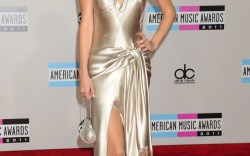 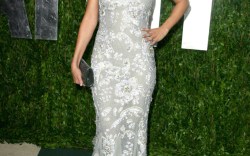 Selena Gomez is back with new music — and her style is as trend-forward as ever.

The 27-year-old pop was spotted at the Z100 radio station’s New York City studios today and used the appearance to remind fans of her sartorial prowess.

Shoes-wise, the “13 Reasons Why” producer opted for slouchy over-the-knee boots from Celine. Slouch boots have been trending for the past few seasons, and Gomez’s pair boasted a pointed toe, a suede upper and a block heel.

While it’s still morning on the East Coast, the stylish ensemble was actually Gomez’s second of the day.

The Puma ambassador began her day in a crushed velvet teal pantsuit from Sies Marjan. The bold suit was teamed with simple footwear: a pair of pointy-toed, classic black pumps.

Gomez spoke to FN in August 2018, following a visit to the Puma headquarters in Germany. She joined the sportswear company’s celebrity roster in September 2017, to much fanfare.

“Everything I’ve done comes from a place of how I would do something, so how I would take athletic wear and how it would feel. I know some girls are very specific about wearing certain things,” Gomez told FN of the pieces she’s created in partnership with Puma.