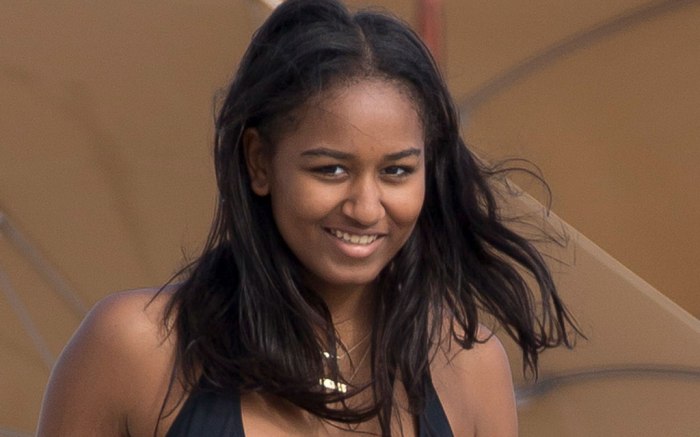 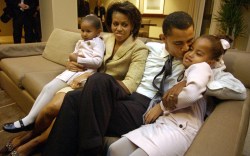 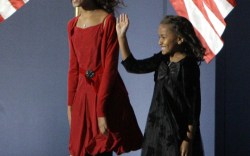 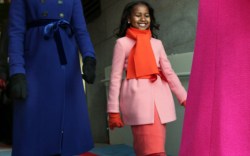 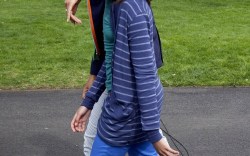 Sasha Obama is all grown up.

Social media went into a frenzy Friday when a Twitter user posted images of the 17-year-old attending her prom.

In the photos, former president Barack Obama’s youngest daughter wears a black dress with spaghetti straps and a thigh-high slit. She teamed the dress with black strappy sandals on a thin heel.

The teen accessorized with hoop earrings and a thin silver-tone necklace, wearing her hair down and pulled behind her shoulders.

I feel like a big brother watching my little sister go to the prom.

Sasha Obama is such a beauty.

And shout out to the simplicity of her dress. pic.twitter.com/B5xrz6dFWl

When your lil cousin take Sasha Obama to prom 🏁 pic.twitter.com/SmTHKpGUdg

First lady Michelle Obama came to see her younger daughter off to prom. She looked chic in a black and white printed dress. Meanwhile, Sasha’s older sister, Malia, posed for photos alongside her sibling clad in a blue minidress. Both Michelle and Malia were all smiles for the youngster’s pre-prom festivities.

It’s unclear whether President Obama was on hand for the pre-prom celebration.

The teen is set to graduate from Sidwell Friends High School in Washington, D.C., next month. She’s rumored to be headed off to school at University of Michigan in the fall.

Meanwhile, Malia attends Harvard University and will be going into her junior year.

Flip through the gallery to see more of Malia and Sasha Obama’s style moments throughout the years.