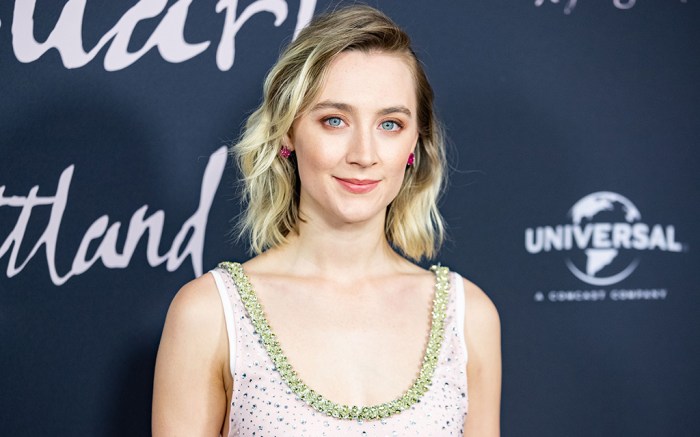 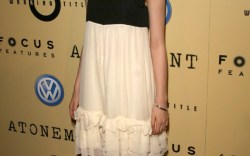 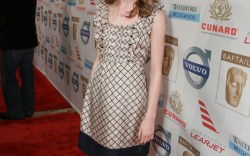 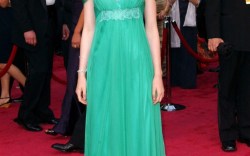 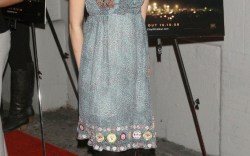 Saoirse Ronan turned heads on the red carpet at a “Mary Queen of Scots” photocall in Berlin yesterday.

The 24-year-old dazzled in a blush-colored Miu Miu dress with crystal embellishment throughout and gold detailing at the neckline.

Ronan wore her blond hair in loose waves around her face, accessorizing with a pair of pink earrings by jewelry designer Anabela Chan.

Wednesday’s event marked the second red carpet of the week for Ronan, who appeared at the Golden Globe Awards on Sunday.

At the Golden Globes, Ronan demanded attention in a similarly sparkly look: a flapper-inspired Gucci gown with a plunging neckline and silver fringe detailing and soaring sandals. The “Lovely Bones” star completed her glimmering look with silver earrings with green detailing.

Speaking on “Ellen” the day after the awards show, Ronan revealed that she exited the awards show early, leaving with pals to go grab pizza after presenting an award.

“I got out of there quicker than anticipated because I wanted to go and eat some pizza with my friends,” the relatable starlet revealed, adding that she changed out of gown and into some pajamas as soon as she got home.