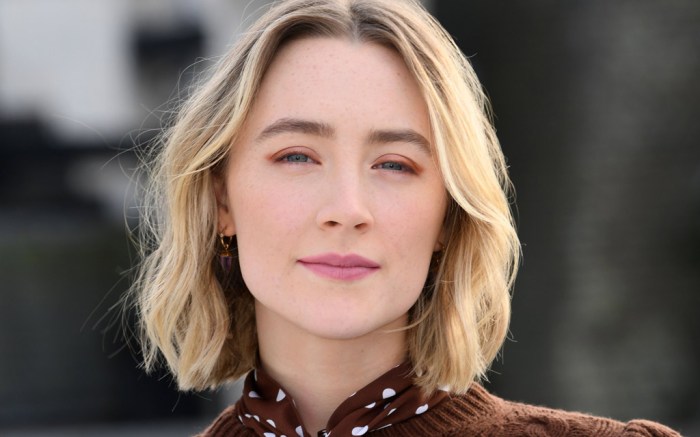 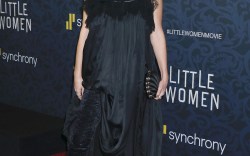 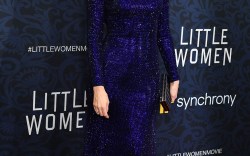 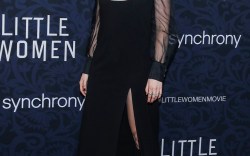 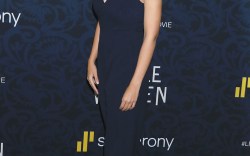 The  “Lady Bird” lead sported a Michael Kors spring ’20 outfit: a brown and white polka dot romper with a cable-knit sweater and chunky brown belt on top, as styled on the runway.

Ronan teamed the romper with brown slingback pumps, which featured a stiletto heel, a pointed toe and a low-cut topline, a flattering feature that serves to extend the length of the leg.

Co-star Florence Pugh stepped out in a black-and-white outfit with gold jewelry. For shoes, the “Midsommar” actress chose black mid-calf boots that appeared to be fabricated in suede.

The “Little Women” film, directed by Greta Gerwig and based on the classic Louisa May Alcott novel, premieres in U.S. theaters on Christmas Day, Dec. 25. The titular characters are the four March sisters: Jo (Ronan), Amy (Pugh), Beth (Eliza Scanlan) and Meg (Emma Watson). Chalamet appears as the March family’s kindly young neighbor, Laurie. Scanlan and Watson were not present for the photocall.

Click through the gallery to see what the “Little Women” cast wore for the film’s New York premiere.