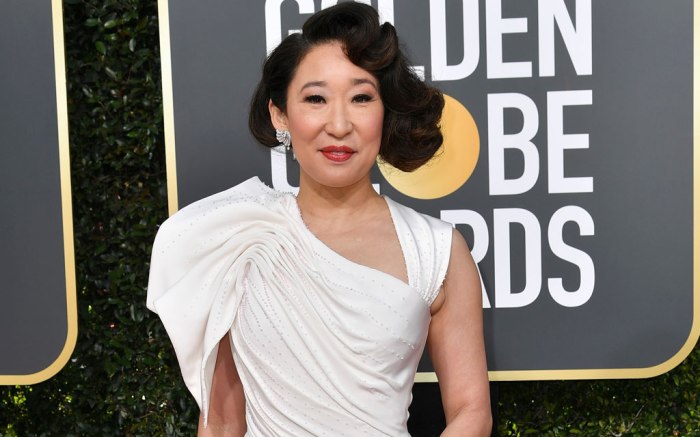 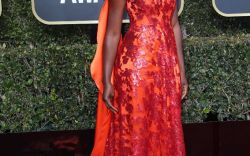 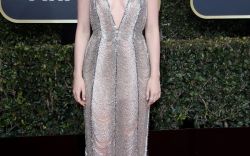 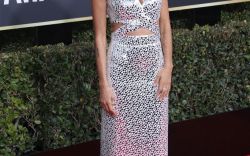 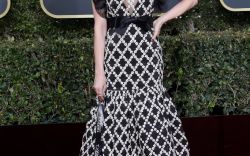 The 2019 Golden Globe Awards was a big night for Sandra Oh. Not only was she was the first person of Asian descent to host the Golden Globes, but she also was the first Asian to win a Globe for lead actress in a drama in 38 years (she won for her role as Eve Polastri in the BBC America series “Killing Eve”).

It was a night that not only marked many firsts, but also offered a glimmer of hope, signaling what could possibly be an era of more diversity and acceptance.

“I said yes to the fear of being on this stage tonight because I wanted to be here to look out onto this audience and witness this moment of change,” Oh said onstage in an emotional speech that concluded the introduction.

And once the ceremony ended and the cameras stopped rolling, the firsts didn’t stop there. At the Golden Globes after-party, Oh changed out of her white sequin-sleeved Stella McCartney column gown into a comfy black tuxedo jumpsuit from G Label by Goop and a pair of Alexandre Birman kicks, thereby becoming the first person to ever wear the footwear brand’s debut sneaker.

The Alexandre Birman Clarita sneaker is a derivative of the label’s best-selling bow-embellished Clarita sandal (its celebrity fans include Gwyneth Paltrow, Reese Witherspoon, Lupita Nyong’o, Chrissy Teigen, Priyanka Chopra and many, many more). As such, the bow is a crucial design element, serving as a way to tie the shoe in lieu of traditional laces. To that end, it neatly blends femininity with sportiness.

The sneaker, which is part of Alexandre Birman’s spring ’19 collection, is available in a range of colors and materials, including black suede (like the one Oh is seen wearing), blush suede, denim suede and python. Priced between $395 and $495, the Clarita sneaker is available at Alexandrebirman.com.

Click through to view the best-dressed celebrities on the 2019 Golden Globes red carpet.