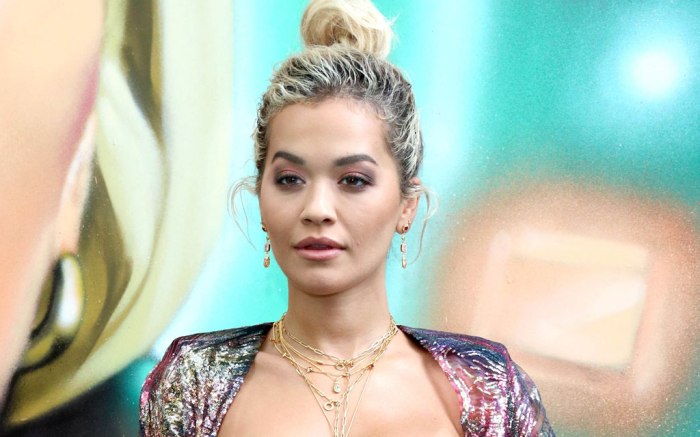 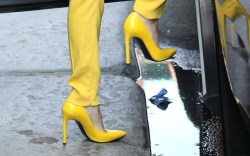 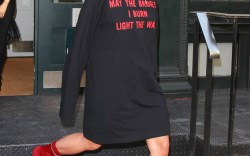 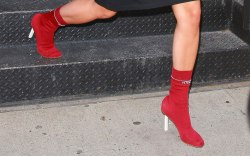 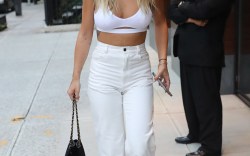 On her feet, the “Anywhere” singer showed off her on-trend shoes, a pair of leopard-print ankle-strap platform sandals.

For fall ’19, platforms are back in a big way. Brands like Gucci and Rick Owens portrayed the shoes on the runway in aggressive, intimidating fashion — while Givenchy and Jimmy Choo showed more feminine, office-appropriate styles.

Often considered a neutral, leopard never really goes out of fashion (it’s been seen on everyone from Eartha Kitt to Lindsay Lohan to Hillary Clinton), but the trend is in full force now. The animal kingdom in general serves as big inspiration for designers these days, with snakes, zebras and turtles all on display through spring ’20.

Ora collaborated with designer Giuseppe Zanotti on shoes that debuted this January. Speaking to FN about the collection, the chart-topper said the styles were “kind of delicate but still hard.”

“I felt like my contribution to this collab was bringing that kind of hard energy, [this] sexiness and feeling powerful,” she said.

Click through the gallery for more of Rita Ora’s shoe style.