Rihanna Is Not Afraid to Wear All White, Head to Toe to the Airport 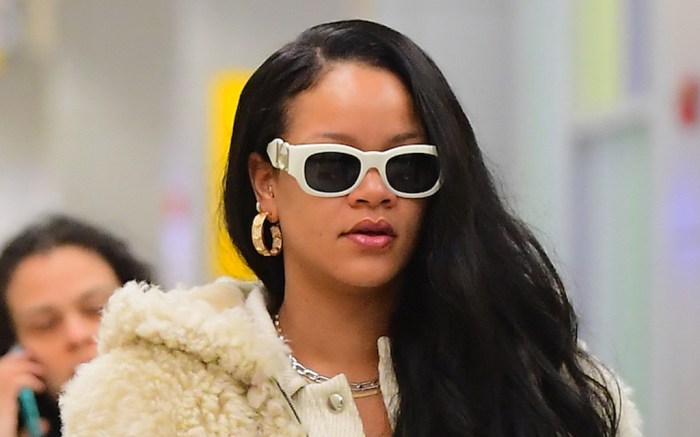 Rihanna touched down at John F. Kennedy Airport in New York today and showed off her comfy-chic travel style.

The “Kiss It Better” singer hopped off the plane wearing an all-white from her sunglasses down to her footwear. She layered a tee and sweatpants with a white button-up jacket and a furry vest

On her feet, she chose a pair of white and pale yellow sneakers to continue the casual vibe.

Rihanna has made endless headlines the past few weeks starting with her Savage x Fenty show back in September. The collection was a full production that starred Gigi Hadid, Normani, Cara Delevigne and more and is now available to stream exclusively on Amazon Prime Video.

She also broke the news this week on Instagram that she is releasing “The Rihanna Book,” a coffee-table book filled with never-before-seen photos and memories from various photographers and artists.

In the caption, she explained that the special project was “over 5 years in the making.”

‪Over 5 years in the making… happy to finally share this collection of incredible memories. Thank you to all of the photographers and artists that contributed and to @phaidonsnaps for working with me to publish my first piece of art in a new industry! Make sure you pre-order the book now on therihannabook.com 📚💗 #theRIHANNAbook‬

Click through the gallery to see times Rihanna took fashion risks and won.