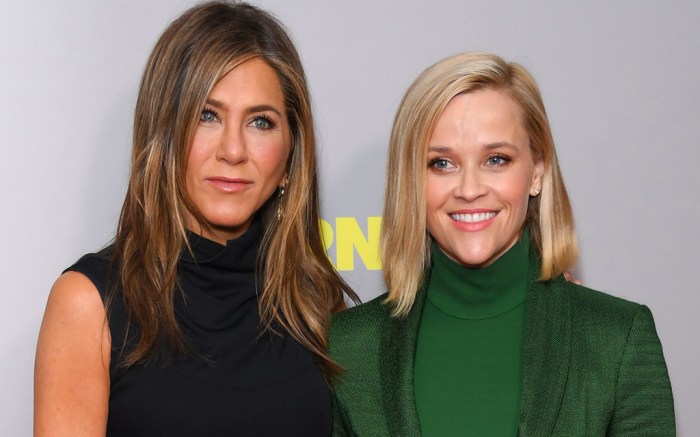 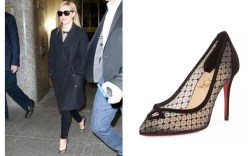 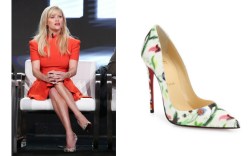 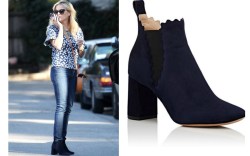 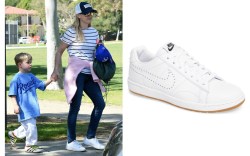 Reese Witherspoon and Jennifer Aniston star in a TV show together and now they’re truly co-stars on the red carpet as they coordinate their footwear, too. The leading actresses in Apple TV+’s new series “The Morning Show” both wore styles from Christian Louboutin to the program’s London screening.

Aniston chose a black belted set for the occasion while Witherspoon went monochromatic in a green turtleneck under a forest green blazer with a pale green skirt.

Monochrome dressing is a wardrobe hack anyone can employ. Wearing all one color creates a streamlined, instantly put-together look — which is why it’s favored by celebrities like Kim Kardashian, Kate Middleton, Hailey Baldwin and Emily Ratajkowski.

Witherspoon, who is only 5-foot-1, used subtle styling tricks for an elongated profile that would’ve otherwise shortened her appearance with a dark shoe.

The robust shades of green in a range from darkest to lightest, all done in different fabrics, created a vertical effect. The shorter hem of her skirt showed a large portion of skin and her 4-inch heels not only added height, but also gives the illusion of longer legs thanks to their tonal look and pointy silhouette. The shoe’s low vamp showed some toe cleavage and also minimally covered the foot, adding to the length of her body. Louboutin’s Iriza model has a half d’Orsay construction that revealed the flattering arches of the foot, and the curvature created a line for the eye to follow down to the point of the shoe.

The actress knows a thing or two about style as she launched her Draper James fashion brand in 2015; the brand sells apparel, footwear and accessories.

For Halloween celebrations, Kim Kardashian even channeled one of Witherspoon’s most famous characters, Elle Woods from “Legally Blonde.” Witherspoon shared the post on her Instagram story with a few hearts and the caption “Elle Woods Forever!”

Click through the gallery to get a glimpse into Reese Witherspoon’s shoe closet.