The Stars of ‘Queer Eye’ Have the Most Distinctive Street Style 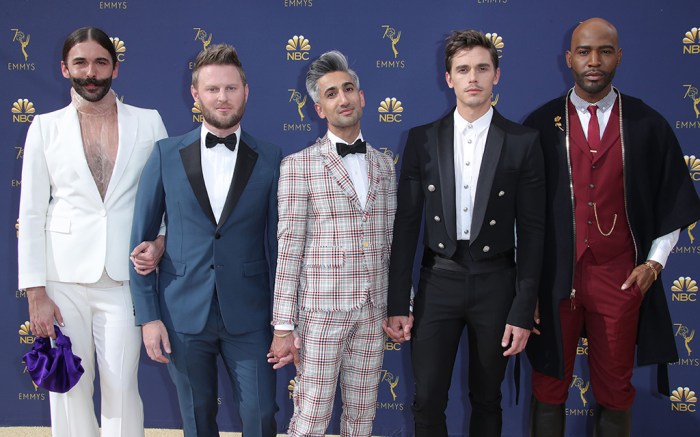 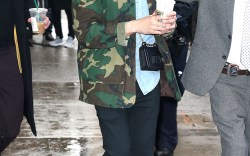 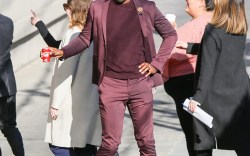 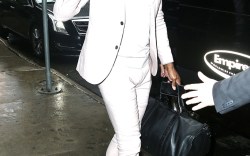 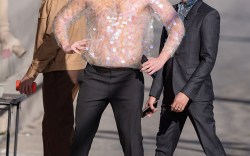 The Fab Five have been busy promoting their show in Los Angeles and New York following the premiere, giving them the opportunity to show off their very different senses of style.

France, “Queer Eye’s” fashion expert, for instance, is often seen in casual yet chic ensembles. This week he was spotted in a denim on denim look paired with classic black lace-up boots. And while he is often busy guiding men and women on the makeover show, he certainly takes is own advice on fashion.

“An ankle boot is a good transition shoe — dress it up and it’s formal, or dress it down with a pair of jeans,” he told FN, on his must-have shoes for men. Adding, “It’s not very often I dress super-formal in a full suit. If I wear one, it’s with a sweater or T-shirt, and less formal shoes. The only time I go super-formal is for an occasion.”

Co-star Van Ness is not afraid to make a statement with his shoe style. Recently, he arrived for a taping of “Jimmy Kimmel Live!” in a $1,465 sheer sequined sweater by Dries Van Noten and black crepe pants. He paired the look with Stella McCartney kitten heel mules.

Culture expert Brown, who is often spotted in a bomber jacket and L.A. Dodgers fitted cap, switched up his usual go-tos for a monochrome suit ensemble. For an appearance on “Good Morning America,” he wore a a pale pink suit with white sneakers.

As for food and wine specialist Porowski, he rocked the no socks with shoes trend during his latest round of promo. He was spotted in red and black suede loafers this week. (Unfortunately, Berk was in China during “Queer Eye’s” latest press appearances.)

Click through the gallery to see the cast of “Queer Eye’s” street style.

This ‘Queer Eye’ Star Effortlessly Pulls Off the Clear-Shoe Trend