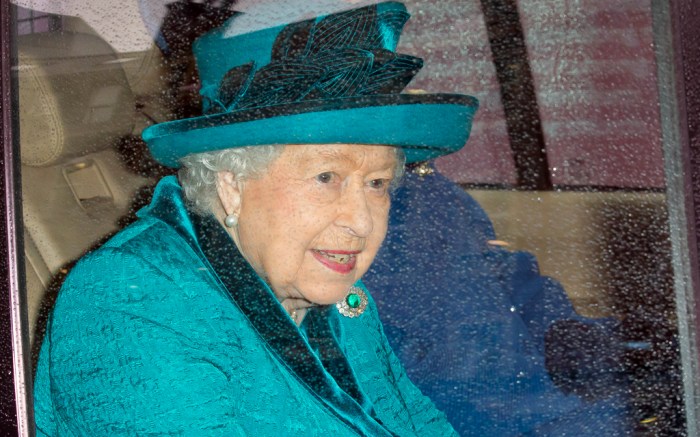 Queen Elizabeth II has a habit of dressing in her signature clean-lined monochromatic outfits, from her hats and coats to her dresses, and comfortable low-heeled shoes.

In this, she is ahead of many of today’s personalities, from Jennifer Lopez and Celine Dion to Gigi Hadid, who have recently rediscovered monochromatic dressing after a long period out of fashion. They’ve made it one of this season’s biggest trends and a favorite styling trick that easily streamlines any ensemble.

In the 1970s and ’80s, the style was known as monochrome chic, and many of the world’s most expensively dressed women adopted what was considered an elegant, understated look.

The queen arrived at the Royal Philatelic Society in London Tuesday morning wearing a jade-on-jade outfit consisting of a jade knee-length coat with velvet collar, a matching dress and a felt, floral-embellished Angela Kelly hat with velvet trim. A layered pearl necklace, pearl earrings and a brooch completed the look.

The royal matriarch was there to open the Royal Philatelic Society’s newest headquarters in honor of the organization’s 150th anniversary.

On her feet, the queen wore a pair of her favorite shoes: low black heels with a horse-bit detail on a snakeskin-embossed upper from Anello & Davide.

Last October and June and many other times, she has worn monochrome outfits with the brand’s heeled loafers.

Take a look back through the gallery to see how Queen Elizabeth’s chic shoe style started.