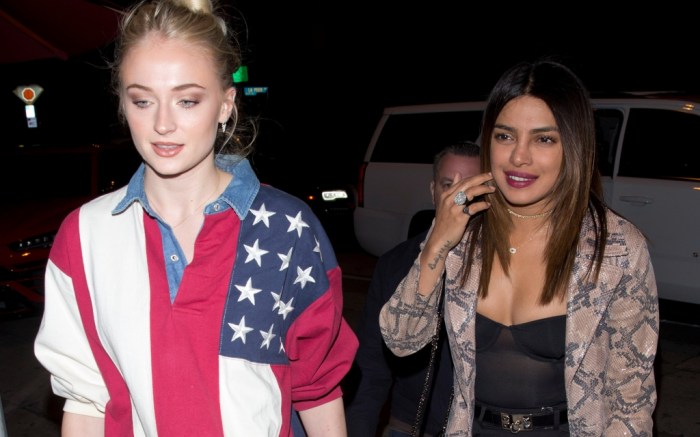 Priyanka Chopra and Sophie Turner were captured stepping out sans their significant others, Joe and Nick Jonas, for a bit to eat at West Hollywood, Calif., hot spot Craig’s restaurant last night.

Meanwhile, Chopra, who wed Nick Jonas in December, went for a chic all-black ensemble that included a bustier-style top and high-rise belted trousers with a trendy snakeskin coat. The 36-year-old “Quantico” alum pulled things together with a black shoulder bag and Jimmy Choo’s pointed black Brandon stiletto pumps, which she wore with black stockings.

For more of Priyanka Chopra’s best street style looks, check out the gallery.

QVC Presents FFANY Shoes on Sale: The Sale Will Go On

In a year full of challenges, the footwear community has made sure that Shoes on Sale will thrive in 2020.
Learn More

In partnership with FFCF

QVC Presents FFANY Shoes on Sale: The Sale Will Go On