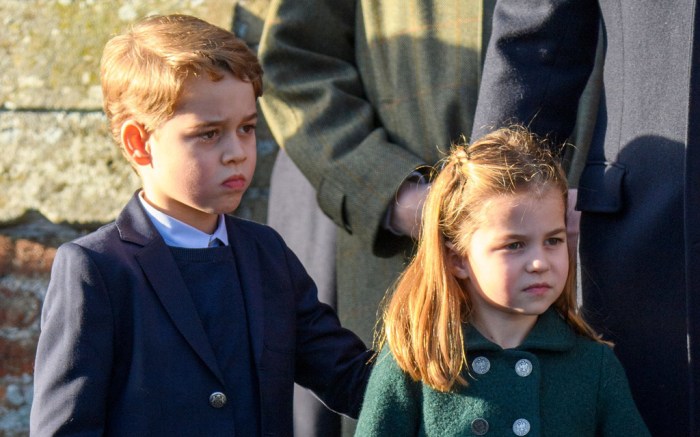 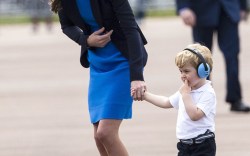 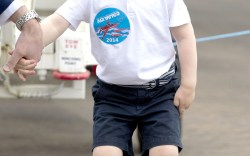 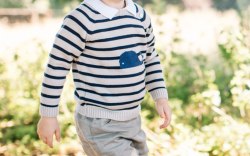 When it comes to the British royal family, Kate Middleton and Meghan Markle seem to get most of the attention — at least, until the Cambridge kids are involved.

For the first time, Kate and Prince William were joined for Christmas Day church services in Norfolk, U.K., by their two eldest children, Prince George and Princess Charlotte, and the adorable twosome stole the show from their parents.

Charlotte looked cute as a button in a forest green, silver-buttoned coat worn over a blue dress and opaque black tights. The 4-year-old completed her festive look with black Mary Janes.

Meanwhile, George, 6, wore a dark suit with a sweater, button-down shirt and necktie. The prince chose black loafers to finish his outfit.

The children were the mini-mes of their parents, who opted for similar ensembles. William sported a dark suit, while Kate stepped out in a gray Catherine Walker coat worn over a green Michael Kors dress. Forest green Emmy London accessories completed the duchess’s look.

This marked George and Charlotte’s first time attending church services alongside their parents. The youngest Cambridge child, 1-year-old Prince Louis, was not present, possibly due to his young age. Meghan, Prince Harry and their son, Archie, were also not there.

Click through the gallery for more of Prince George’s fashion.