Prince Harry Is Loving These Suede Chukkas for Africa Tour 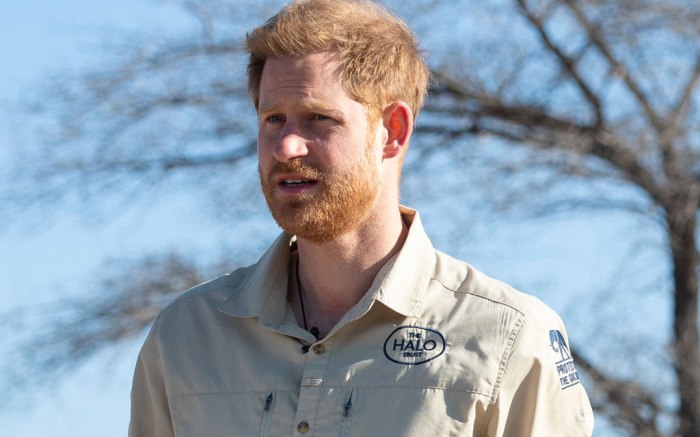 As Meghan Markle tends to baby Archie, Prince Harry has made several solo appearances on their Africa tour — and he’s worn the same shoes for multiple outings.

The shoes in question are a pair of tan, suede chukkas. They appear to be Cole Haan’s Paul, a silhouette that has been in the Duke of Sussex’s wardrobe for several years.

In Lilongwe, Malawi today, Harry teamed the shoes with a gray button-down shirt and charcoal-colored pants as he sang alongside a children’s choir.

The royal also sported the shoes on Sept. 27, wearing a tan button-down and what appeared to be the same, slim-cut pants as he visited Angola.

The boots were Harry’s choice the day before, too, teamed with an olive-colored long-sleeved shirt and gray pants as he visited with kids in Botswana.

Aside from spending time with little Archie, Markle’s had a full calendar of private events. On Sept. 28, the duchess hosted a private breakfast for South African activists in Cape Town. While only a few photos from the event were revealed, Markle’s outfit — a black tank top and a striped J.Crew skirt — was on display in one shot. The striped midi skirt is available to shop on Jcrew.com; it retails for $128.

Flip through the gallery to see Prince Harry over the years.