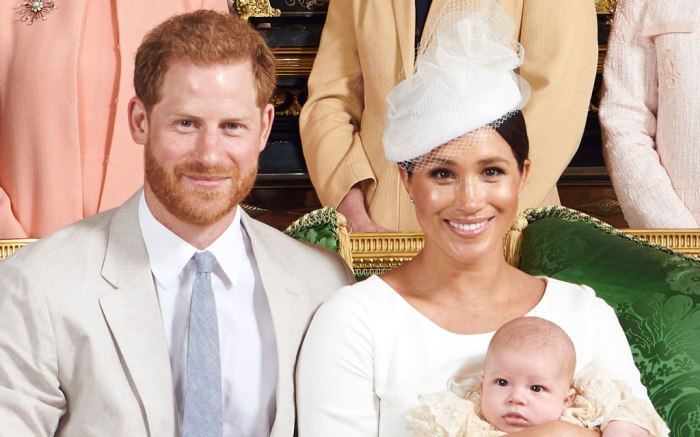 When you’re a royal, every fashion choice gets scrutinized — and Prince Harry’s latest shoe choice has some observers less than impressed.

The 34-year-old celebrated a major milestone over the weekend: the christening of his son, Archie. For the big occasion, the prince showed off his summer style in a tan suit and brown shoes with navy laces.

Some eagle-eyed Twitter users noticed that Harry’s shoes looked awfully familiar. The royal has been spotted in the same pair several times over the past year, going back at least to an October 2018 trip to Sussex alongside wife Meghan Markle.

“Is this the exact same suit and suede shoes he wore when he showed the world his son?” inquired one tweeter, correctly noting that the prince wore the same shoes when he and Markle introduced Archie for the first time.

“Does Harry OWN another pair of shoes and laces? Quite scruffy for his first child’s christening?” another critic quipped.

Other netizens felt the look, which was a bit more casual than those worn by brother Prince William and father Prince Charles, was inappropriate for such a special day.

“Harry’s shoes are an utter disgrace they look like his gardening shoes,” another netizen quipped.

One thing’s for certain: Prince Harry has a favorite pair of shoes. He’s not the only one in the royal family to repeat items. Kate Middleton also often rewears pieces.