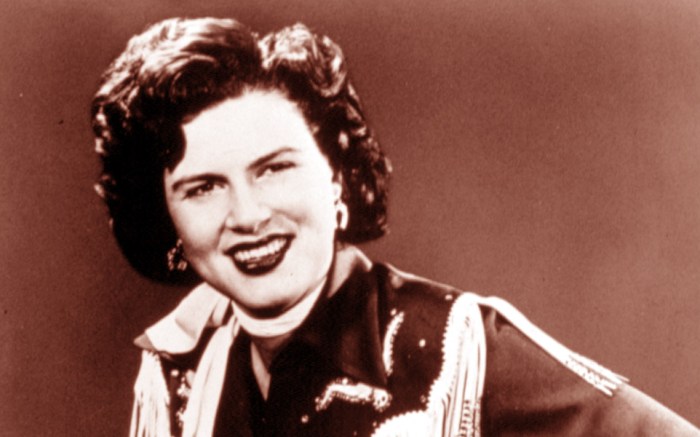 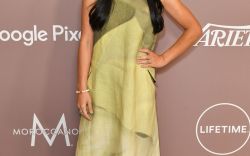 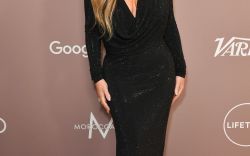 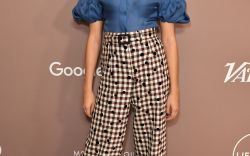 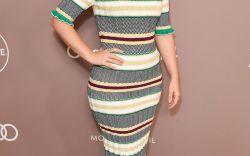 Variety hosted its annual Power of Women luncheon today in Los Angeles to honor a group of Hollywood’s most philanthropic women; these women also know a thing or two about style and shoes.

Mueller, who plays Lynn, told FN a preview about a scene in the film where Patsy teaches Loretta how to walk in heels and even shares the secret trick that the country singer used to break in her own pumps.

“Patsy told her to put on socks to stretch out the shoes even with pumps on,” the actress explained. “Learning to walk in heels is a right of passage that many women go through. We begrudgingly keep it up as we go on; they sure look pretty but they don’t feel good.” The biopic airs on Oct. 19 on Lifetime.

Meanwhile, Brie Larson, who arrived in a red leather Rosetta Getty set with Jimmy Choo pumps, told FN if she could walk in powerful woman’s shoes, it would also be another iconic entertainer: “Grace Jones. I would want to be in her shoes, major swagger.”

Variety’s annual event, presented by Lifetime, and sponsored by Audi and MoroccanOil, honorees female power players in the entertainment business.

Joining Mueller and Brie at the event were honorees making an impact in philanthropy, including Jennifer Aniston, Awkwafina, Mariah Carey, Chaka Khan and Dana Walden.

Click through the gallery to see all the arrivals at Variety’s Power of Women.