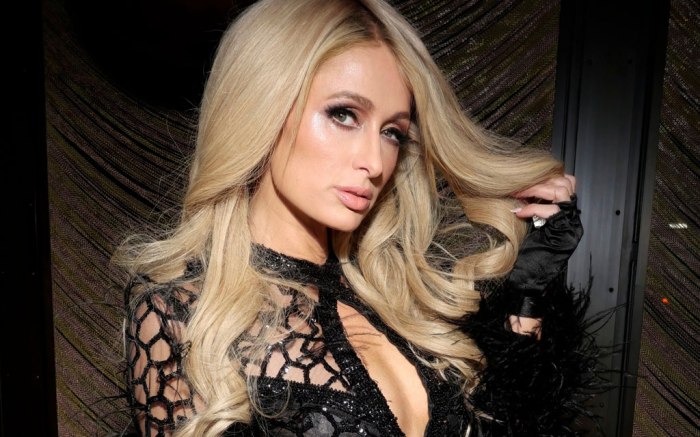 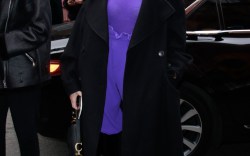 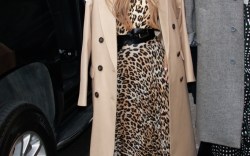 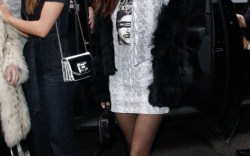 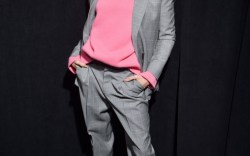 Philipp Plein is known for his edgy designs, so it comes as no surprise that front-row attendees stepped out to his New York Fashion Week show last night in risqué looks.

Paris Hilton led the pack in a spiderweb dress from Plein’s spring ’19 resort collection. The hotel heiress’ nude underwear was visible underneath her dress, which featured a low neckline and feather detailing at the sleeves.

The reality star opted for black pumps to pull together her look.

She was joined by sister-in-law Tessa Hilton, who went shirtless under a leather jacket. The countess paired her jacket with a black leather miniskirt and crystal-fringed knee-high boots. She accessorized with a black clutch.

Elsewhere, Bella Thorne opted for an equally attention-grabbing ensemble as she headed to the show alongside older sister Dani.

The former Disney Channel star showed off her toned abs in a shiny black crop top with a large diamanté buckle and matching pants.

For footwear, the makeup aficionado went with edgy black boots that had Plein’s name emblazoned on them in crystals.

Dani stood by her sister’s side in a black minidress paired with low-heeled thigh-high boots. The DJ threw a red fluffy coat over her shoulders for a pop of color.

Rounding out the pack of stylishly dressed celebrities was Gizele Oliveira. The model wore a black Phillipp Plein suit with pearl trim, going shirtless under her blazer for a bold look.

The Brazilian beauty chose black sandals with an architectural heel to complete her ensemble.

Click through the gallery to see more celebrity attendees at NYFW.