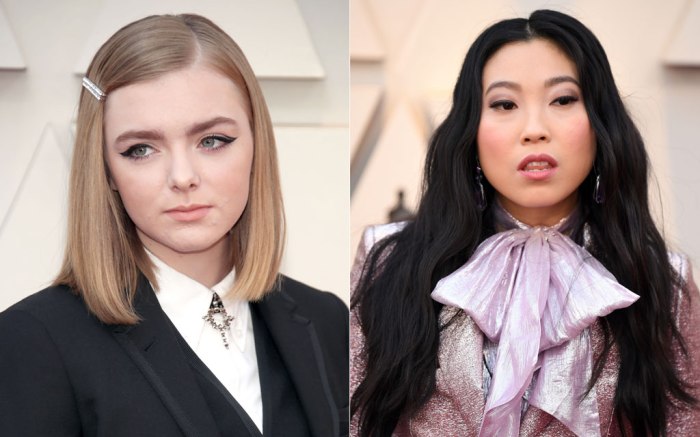 The Oscars red carpet is underway — and already a major trend is emerging.

While gowns often dominate at awards shows, many women are stepping out in pants with chic shoes to Los Angeles’ Dolby Theatre.

Melissa McCarthy, who’s nominated for Best Actress (“Can You Ever Forgive Me”), stepped out in a black and white column jumpsuit and black sandals. The “Mike & Molly” star wore her hair in a sleek updo and accessorized with a glittery choker.

Meanwhile, Elsie Fisher — the “Eighth Grade” star who has been turning heads with her pantsuit style through awards season — made a chic statement in a black Thom Browne suit. The teenager accessorized with shiny black low-heeled boots and a striped bucket bag.

Awkwafina proved that pants on the red carpet can still be very feminine. The rapper hit the red carpet in a glittery pale purple pantsuit by Dsquared2. She rocked platforms underneath for a fun disco-inspired look.

Rounding out the pack was Amy Poehler. The “Parks & Recreation” alum turned heads in a black Alberta Ferretti suit, wearing a ruffled black blouse underneath.

Menswear-inspired looks have been a theme on red carpets throughout awards season, with many female guests at the Grammy Awards on Feb. 10 also choosing pants. Miley Cyrus, Kylie Jenner and Tracee Ellis Ross were among those to partake in the trend at that awards ceremony.

Click through the gallery to see more celebrities arriving at the 2019 Academy Awards.