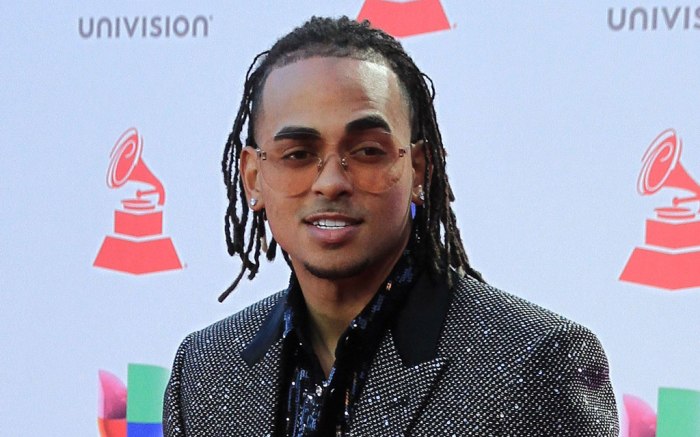 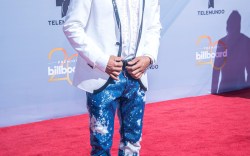 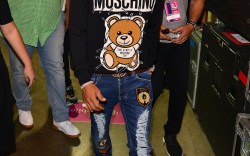 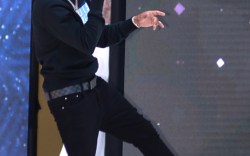 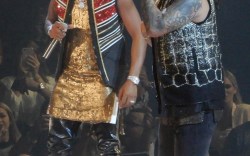 Ozuna’s star is on the rise, thanks to both his music and his fashion sensibility.

Thanks to buzzy music collaborations (“Taki Taki” with DJ Snake, Selena Gomez and Cardi B), the entertainer is gaining ever-more traction outside his home of Puerto Rico. He’s sure to pick up more fans after the MTV VMAs today, at which he’ll perform. “Taki Taki” is also nominated for Best Dance Video.

When it comes to fashion, Ozuna favors streetwear-inspired apparel and sneakers, also mixing in suits with a little bit of extra edge.

A staple at the Latin Billboard Awards, Ozuna tends to hit the red carpet in sleek slippers or Chelsea boots. He elevates his suit style beyond the basic black wiht sparkles or fun patterns.

In terms of sneaker style, the “Baila Baila Baila” singer is a fan of Versace’s Chain Reaction shoe. He’s teamed the shoes with edgy streetwear looks for performances onstage.

While accessories like tinted shades and blinged-out chains have punctuated some of Ozuna’s ensembles, he’s also not afraid to keep things simple. The Puerto Rican has proved that jeans and a T-shirt, paired with a cool pair of boots, can look plenty cool, too.

Flip through the gallery to see more of Ozuna’s style.

In the video below, go behind the scenes of J Balvin’s FN cover shoot.