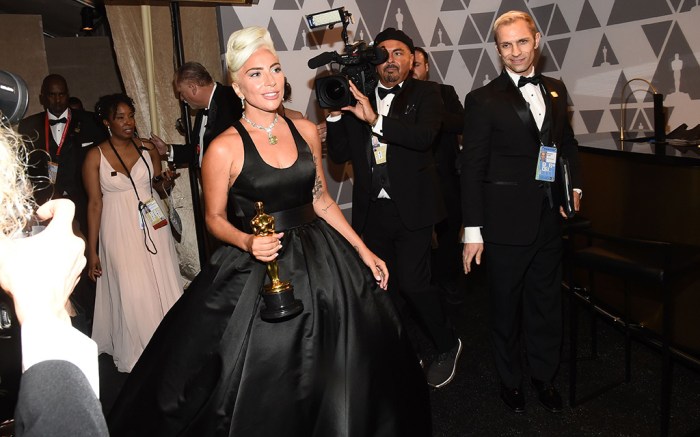 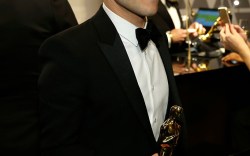 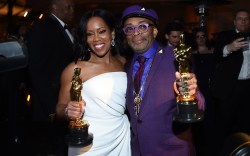 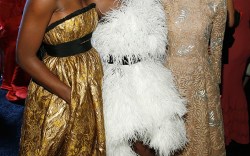 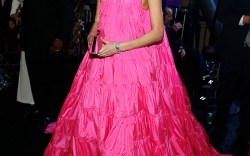 Every swanky awards night deserves an even swankier after-party — and the Oscars was no different.

At the Governors Ball held Sunday night, A-listers and many of the evening’s winners gathered to celebrate the 2019 Academy Awards that capped off a dramatic season for the entertainment industry.

Making a grand entrance at the Los Angeles venue, Lady Gaga led with another all-black look, which she wore during her much-talked-about performance with Bradley Cooper on the Oscars stage. The dress’ simplicity continued to draw attention to the 128-carat Tiffany & Co. diamond that hung prominently from her neck.

The “A Star Is Born” actress joined a number of other stunners, including “Black Panther” stars Danai Gurira, Lupita Nyong’o and Letitia Wright. The trio opted for a complementary ensemble — with the former choosing a gilded empire waist gown, Nyong’o in an asymmetrical featherlike dress and the latter going for a mix of neutrals and metallics.

Regina King — who accepted the award for Best Supporting Actress in “If Beale Street Could Talk” — also went directly from ceremony to celebration, wearing her sophisticated Oscar de la Renta number with a thigh-high slit and matching white pumps.

She joined Spike Lee for a photo op that had both stars holding up their respective trophies. (The director won the award for Best Adapted Screenplay for “BlacKkKlansman.”)

Click through the gallery to see more photos of celebrities at the Governors Ball after-party.