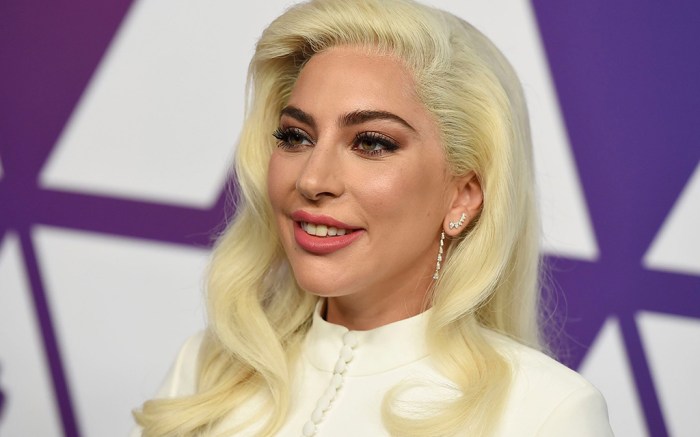 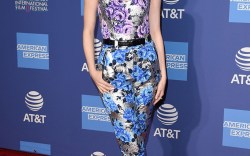 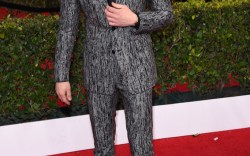 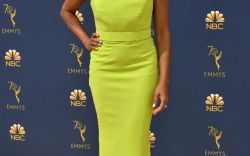 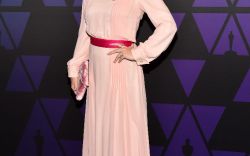 Lady Gaga has been experimenting with her style on the awards show circuit — and she made a subdued statement in white at the Academy Awards Nominees Luncheon in Los Angeles yesterday.

The “A Star Is Born” Best Actress nominee popped in a white bespoke Louis Vuitton gown with ruffled bell sleeves. While her shoes remained hidden underneath her gown, Gaga remained true to herself with her footwear, selecting soaring platform boots by Giuseppe Zanotti.

The edgy boots are the same style style that she wore to the Critics’ Choice Awards on Jan. 13, where she paired them with a blush Calvin Klein by Appointment gown.

Gaga was joined on the red carpet by fellow Best Actress nominee Glenn Close, who is up for an award for her performance in “The Wife.” The actress suited up in a lavender look by Alexander McQueen. For footwear, she went with pointy-toed nude pumps by Christian Louboutin.

Amy Adams, who is nominated for Best Supporting Actress for her role in “Vice,” looked chic in a forest green Oscar de la Renta dress. The dress featured a plunging neckline and was belted at the waist. The “Enchanted” actress finished off her look with nude ankle-strap pumps by Christian Louboutin.

Rounding out the pack of stylish ladies was Regina King, a contender in the Best Supporting Actress category for her work in “If Beale Street Could Talk.” King stunned in a custom pink Prada gown with floral embellishment. She wore strappy metallic sandals on her feet.

Click through the gallery to see the most stylish 2019 Oscar nominees.