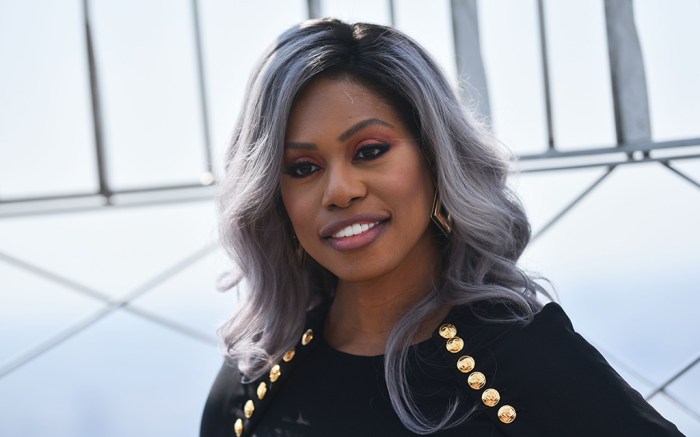 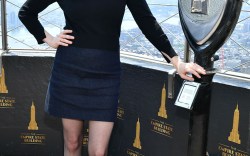 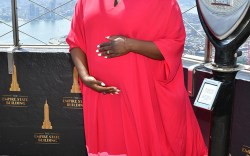 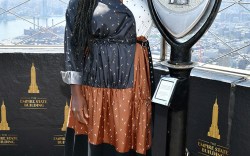 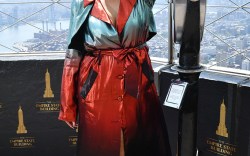 Celebrating the premiere of their seventh and final season, members of the cast of Netflix’s “Orange Is the New Black” turned up yesterday in New York City — some of them literally dressed in orange and black.

Laverne Cox, who plays the assertive Sophia Burset, stood out in a dramatic cape-and-dress combination.

The figure-hugging number was belted from waist to hip and featured button detailing at the shoulders where her dress met the cape — an eye-catching addition lined in orange. (Her eyeshadow came in the same hue.)

Similarly, Dascha Polanco made a statement in a multicolored dress, prominently in orange and black.

The star, who portrays Dayanara Diaz, also posed at the top of the Empire State Building, where she was photographed in the collared dress with buttons down the front and a ribbon tied around her waist. For footwear, she slipped into a pair of strappy white heels with stud details and a fresh pink pedicure.

The Empire State also saw the appearances of fellow actresses Uzo Aduba, Laura Prepon and Danielle Brooks — who debuted her baby bump on the carpet for the first time yesterday. Author Piper Kerman, whose memoir was adapted into the hit television series, joined the cast for the photo op.

Click through the gallery to see more of the “Orange Is the New Black” cast.