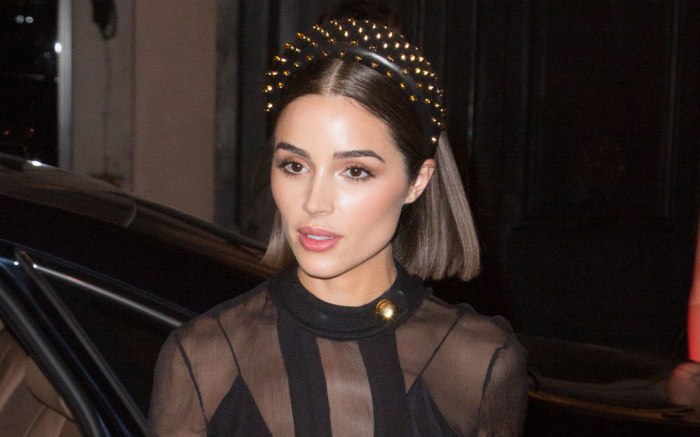 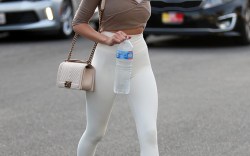 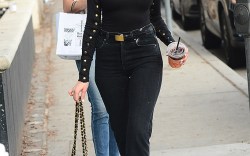 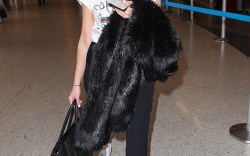 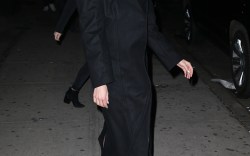 Olivia Culpo stepped out last night in Paris wearing a schoolgirl outfit that felt like it could’ve been straight out of “Gossip Girl.”

The 26-year-old Rhode Island native pulled her chic look together with a black handbag and a headband — the ultimate ode to “Gossip Girl” character Blair Waldorf, the Upper East Sider who often stepped out with hair accessories.

Culpo wore a thick black headband with gold stud detailing that matched the hardware on her blouse.

The influencer was joined for a Prada event hosted by supermodel Gigi Hadid, who sported an all-black look.

Hadid had on a strapless black Prada dress from the label’s fall ’19 collection, shown in Milan last week. The 23-year-old Reebok ambassador had a heart-shaped red patch with her first name on it attached to the dress. She styled her ensemble with chic black mid-calf boots and wore her hair pulled back in a sleek updo.

The girls were spotted at the same restaurant as Gigi’s younger sister, Bella, who was clad in a more dressed-down look. The 22-year-old wore a cropped black top with baggy pants and Eytys x H&M sneaker boots. The Nike ambassador wore her hair in a messy bun and had a leopard-print bag draped over one shoulder.

Click through the gallery to see more of Olivia Culpo’s street style looks.