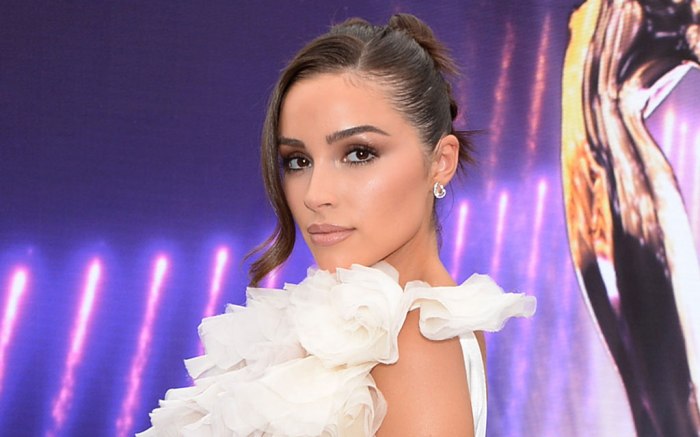 On a red carpet studded with television’s biggest stars, Olivia Culpo still managed to stand out.

The “I Feel Pretty” actress, 28, looked angelic in a pastel gown and iridescent heels at the 2019 Primetime Emmy Awards tonight at the Microsoft Theater in Los Angeles.

Culpo wore a Maticevski gown with dramatic, ruffled train and a high-low hemline — perfect for showing off her heels, a pair of Jimmy Choo Anouk pumps.

A favorite for the red carpet, the Anouk has fans like Jennifer Lopez, Cara Delevingne and Jessica Alba. The shoe has a pointed toe, a stiletto heel and a low vamp, meant to create the illusion of longer legs. Culpo selected hers in a shimmery, pearl-like colorway to match her gown.

The Rhode Island native wore her hair in an updo and opted for a simple beauty looks. She completed her ensemble with diamond jewelry.

This year’s Emmy Awards had no host, for only the fourth time in the show’s history. Instead, the ceremony featured famous presenters aplenty — from Kim Kardashian to Zendaya to Seth Meyers.

The “Game of Thrones” cast was also tapped to present, and the show garnered a record-setting 32 nominations. The Marvelous Mrs. Maisel” had the second most nods, with 20.

Flip through the gallery to see more celebrity arrivals on the red carpet at the 2019 Primetime Emmy Awards.