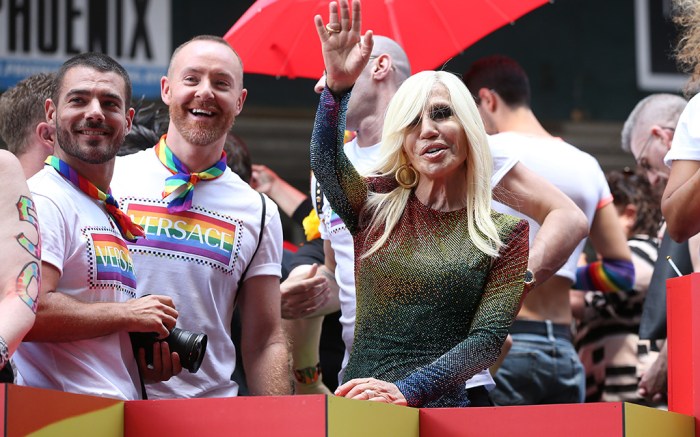 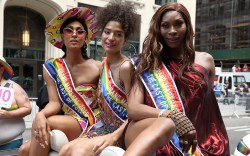 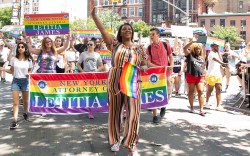 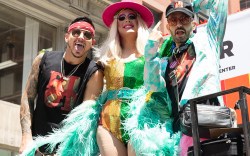 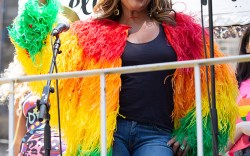 Thousands of locals, visitors, politicians and even celebrities took to the streets of New York City on Sunday in celebration of a historic Pride event like no other.

This year marks the 50th anniversary of the Stonewall riots, an event that is widely considered the catalyst for the modern gay rights movement.

In honor of the moment, the grand marshals of the 2019 Pride Parade included the cast members of “Pose,” a TV series that spotlights the city’s LGBTQ ball culture in the ’80s and ’90s. Actresses MJ Rodriguez, Indya Moore and Dominique Jackson were dressed to the nines, with the latter wearing an eye-catching gown by Greta Constantine.

The streets also brought out major names in the fashion industry, including designers Donatella Versace and Marc Jacobs. The latter made an appearance with husband Charly Defrancesco, whom he married in a glamorous NYC wedding less than three months ago.

Throwing up the peace symbol was singer Vanessa Williams, who was dressed in a rainbow-hued fur coat despite the summer heat. (The Pride Parade saw a little rain during the day, but it did little to dampen spirits on such a grand occasion.)

Click through the gallery to see more celebrities who attended the 2019 NYC Pride Parade.

Celebrate LGBTQ Pride Month With Gear From Brands That Give Back

From the Archives: LGBTQ Pride Parade Street Style Through the Years