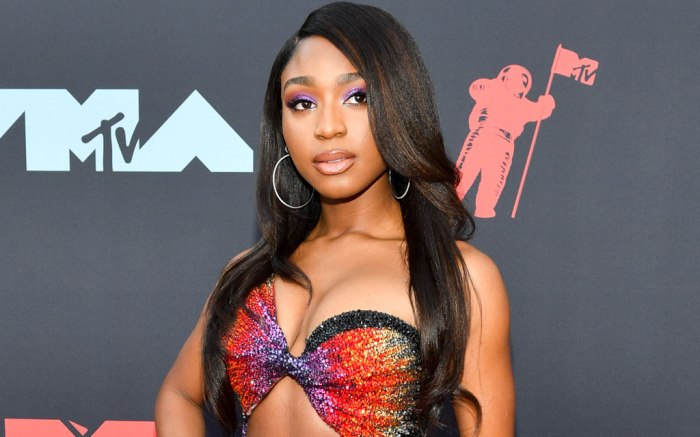 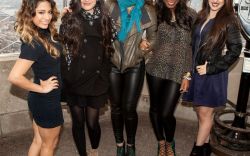 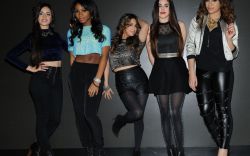 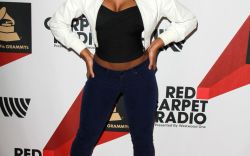 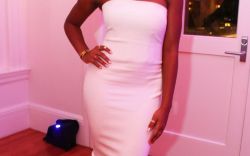 Normani wowed in a fierce look complete with red-hot sandals on the red carpet at the MTV Video Music Awards at the Prudential Center in Newark, N.J., tonight.

The ex-girl group member wore a crystal-covered gown with a thigh-high slit and cut-out detailing at the midriff.

She paired the statement-making Nicolas Jebran dress with matte red sandals that featured studs on the straps and a stiletto heel.

The former Fifth Harmony member rose to fame in 2012 when the girl group finished third on the American version of “The X-Factor.” Alongside band members Camilla Cabello, Lauren Jauregui, Ally Brooke and Dinah Jane, Normani Kordei became a household name.

Though the band went on hiatus in May 2018, Normani still is topping charts, especially with her newest single “Motivation.” She is set to perform the song on at the MTV Video Music Awards today.

In honor of her rising moment, we take a look back at her style evolution.

In 2013, Normani was still pretty fresh on the scene and was rocking the best in throwback style in July at the NBC Experience Store. She posed for photos wearing an oversized necklace, a lacy top and an embroidered vest. She matched the look with black leather lace-up heeled booties.

Normani embraced a more mature look in 2015, the start of what would be a successful streak of sultry style. For the “Empire” season two after-party, she chose a white strapless bodycon dress to pair with her embellished gold and black thin-strap sandals.

Attending the Vanity Fair and L’Oreal Paris Celebrate Young Hollywood event, Normani glammed up in a Tracy Reese ankle-length lace-paneled dress. Her footwear of choice was a set of black peep-toe sandals that tied around her ankle.

In 2018, Fifth Harmony took a break to focus on solo careers. Normani showed off her individual style at the Teen Choice Awards in a two-piece Tommy Hilfiger look with a very high leg slit. On her feet were thin-strap sandals with a jeweled adornment.

In July, Normani showed one of her best looks at the premiere of “The Lion King.” Her sheer animal-print Julien Macdonald gown was perfectly on-theme and her metallic thin-strap sandals were one of the summer’s biggest trends.

Click through the gallery to see Normani’s full style evolution.