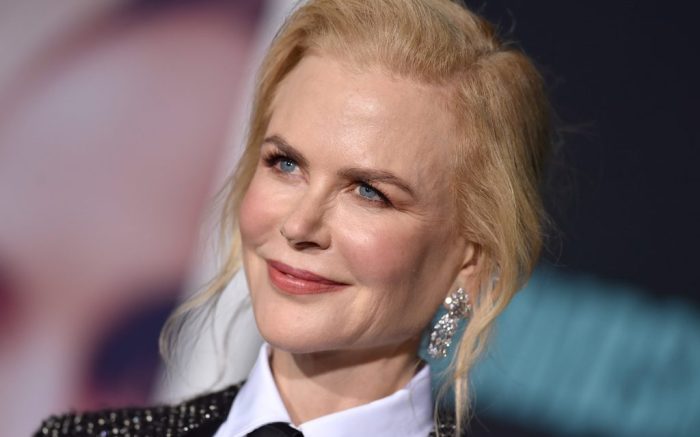 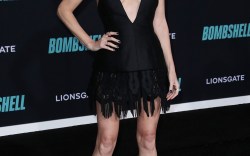 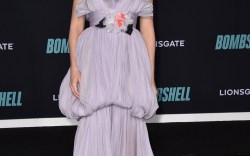 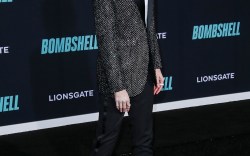 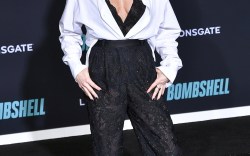 Nicole Kidman suited up in style on the red carpet at the Los Angeles premiere of “Bombshell” on Tuesday night.

For shoes, Kidman wore Stella Luna sandals with a velvet upper, 4.25-inch and rhinestone-encrusted chain straps. The open-toed silhouette, which is on sale at Shopbop.com for $382, was perfect for showing off her bright red pedicure.

The third “Bombshell” lead, Margot Robbie, opted for a decidedly brighter look than her co-stars. Robbie wore a lilac Giambattista Valli gown from the label’s fall ’17 couture collection. While Robbie’s shoes were not visible, stylist Kate Young revealed that the “I, Tonya” actress was in Aquazzura heels.

Click through the gallery for more red carpet arrivals at the “Bombshell” premiere.