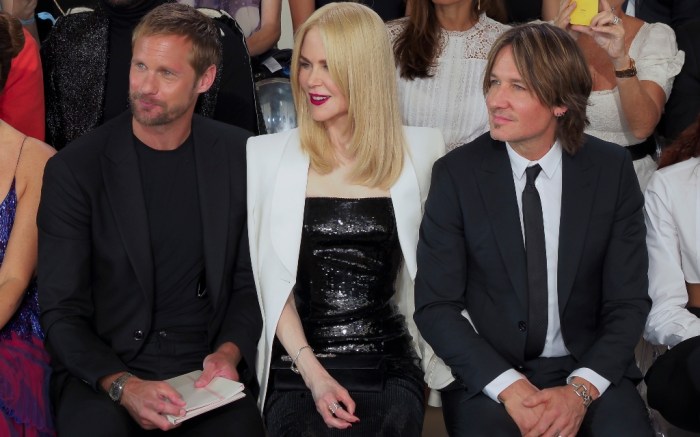 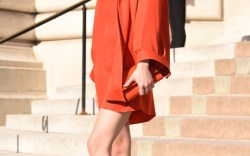 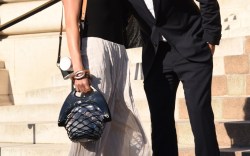 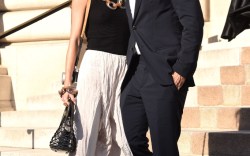 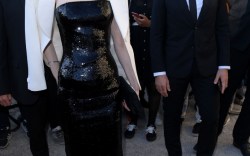 The 52-year-old Aussie actress, who starred opposite Skarsgård in the first season of HBO’s hit show, donned a slinky black sequined strapless midi dress with a white blazer slung over her shoulders.

For shoes, she donned a pair of pointy black slingback kitten heels with a sparkly embellished toe detail. Meanwhile, her country music star hubby, 51, dressed in a classic black suit with a white shirt and tie. Glossy black boots completed the the entertainer’s dapper look.

Skarsgård, who became well-known for his vampire role on HBO’s “True Blood,” kept his outfit simple, sporting a black suit with a black T-shirt underneath and black leather lace-up shoes.

Flip through the gallery for more celebs in the front row at the Giorgio Armani Prive fall ’19 couture show.

Nike’s USA Flag-Themed Sneakers Are Reselling for $2,500 After Halting Distribution