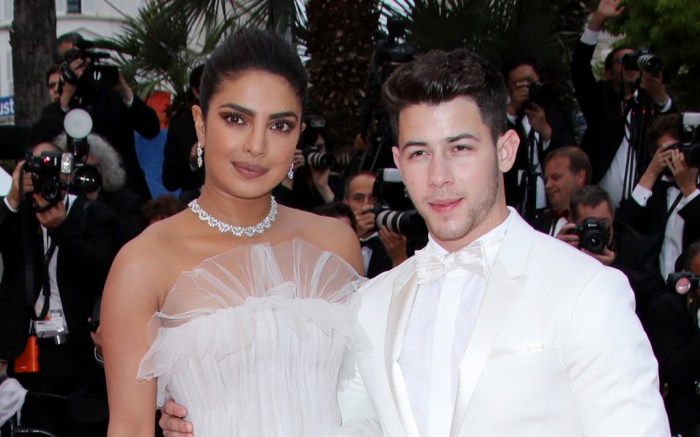 Today, the couple attended the premiere of “The Best Years of a Life” and both pulled off the off-white trend in different ways. Chopra wore a George Shobeika tulle strapless gown with Chopard jewels while Jonas glammed up in a white tuxedo complete with a white bowtie.

What was impressive was his ability to rock another big trend of the moment: square-toe shoes. The Jonas Brothers singer wore a set of square-toe black dress shoes with a patent cap toe.

Jonas also proved he is husband goals while protecting his wife from the rainy weather in the South of France, all while still posing for the cameras.

Chopra shared the sweet moment on her Instagram and captioned the picture: “Mon amour.”

Priyanka and Nick got married in December 2018. Chopra is one of the biggest names in the Indian film industry as an actress, singer and producer while Jonas’ band, The Jonas Brothers, made their comeback this year and is at the top of the charts for their single “Sucker.”

Click through the gallery to see Nick Jonas and Priyanka Chopra’s couple style.