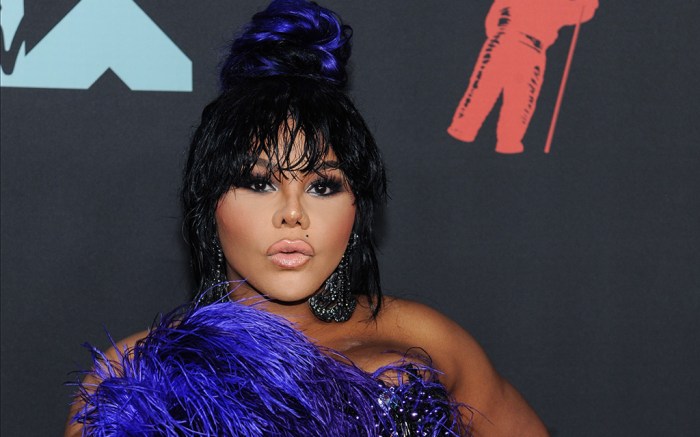 Entertainers are celebrating another year of outstanding music videos tonight at the MTV VMAs, where recording stars big and small aligned in New Jersey for the ceremony.

Ahead of the honors being passed out, the pre-show red carpet was where the viewers at home got to cast their votes in realtime on social media — with no shortage of salty and sweet comments on the best and worst looks of the festivities.

Hitmaker J Balvin continued his streak of fashion risks with a quirky look by Off-White. Clad in Virgil Abloh’s label from head to toe, Balvin had on a boxy gray suit over a multicolor top and dark sneakers. “Ok so we gonna just act like @JBALVIN doesn’t look like Dr. Evil,” tweeted @mireyvmvkeup, who compared the outfit to Mike Myers’ Dr. Evil from “Austin Powers.”

Balvin had another opportunity to show off his style when he performed with Bad Bunny onstage, but their Super Mario Brothers-inspired look scored a mix of laughs and disappointment.

“Bad bunny really gonna embarrass me with these outfits….” tweeted @beysweetener. Another user added: “Lmao I dont like watching the vma’s but am so glad I turned it in to see bad bunny and j balvin in these hilarious outfits.”

bad bunny really gonna embarrass me with these outfits….

Bad Bunny also had a turn on the red carpet, dressed in head-to-ankle black, but his choice in shoe color was a big miss for @TrevellAnderson. “Dare I say it? The men are giving me the feels this red carpet,” the Twitter user said, adding, “He coulda found some black shoes though.”

Singer Veronica Vega looked like money, literally, when she confidently stepped onto the red carpet. The musician wore a chainlink top with a dramatic skirt by Kota Okuda that was shaped like dollars bills. Her boots by designer Darius Kenon continued the theme with graphic prints of hundred-dollar bills. Still, the bold choice lacked a surprise factor for @starbsprincess. “The money dress was done last year,” she tweeted. “Where is the originality?! Even rainbow hair is boring to me now!”

The snake thing has already been done more than once. The money dress was done last year. Where is the originality?! Even rainbow hair is boring to me now! Taylor Swift opening was amazing! Congrats to Cardi B! I already stopped watching; I’ll watch highlights after! #MTVVMAs

Rapper Lil Kim has never been a shrinking violet, so it’s no surprise that her outfit featuring variations of the hue didn’t go unnoticed. The dress incorporated black sequins on the bustier and feathers. Completing the look was a pair of black heels with straps that went up the leg. The shoes got no wisecracks, but @PAUSEnowPLAYY called the dress “horrifying!”

Lil Kim that dress is horrifying!

The always dapper Jonas Brothers weren’t spared either. All clad in Fendi, the youngest of the group, Nick, was called out for his chunky black dress shoes. “Ummm…. I am not feelin those shoes Nick,” tweeted @TaylorMadason.

Ummm…. I am not feelin those shoes Nick #MTVVMAs