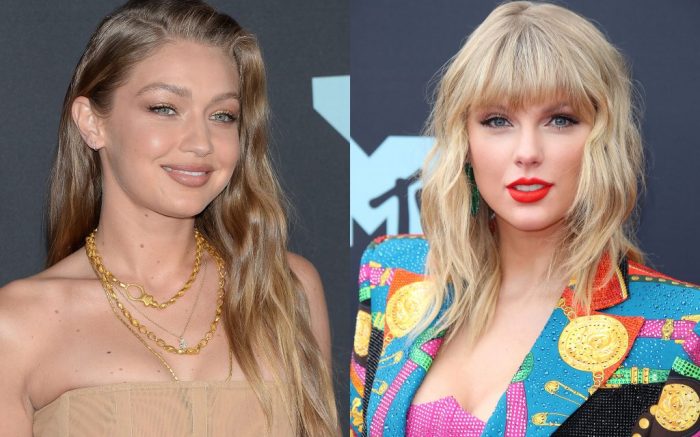 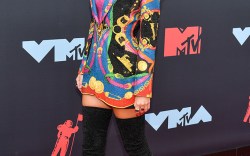 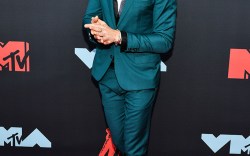 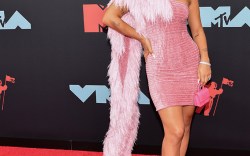 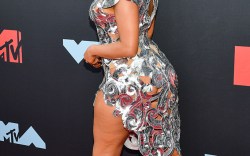 Music’s biggest stars took to the red carpet at the MTV Video Music Awards tonight — and they brought their A-game with their style.

Social media users were eager to weigh in on all the looks, and some ensembles were quickly deemed among the best of the night. Here, FN rounds up some of the stars whose ensembles impressed netizens

Taylor Swift was one of the first stars to arrive at the VMAs, and she didn’t disappoint fans when it came to her red carpet attire. The “Me!” singer sported a bold Versace blazer with embellished thigh-high boots by Christian Louboutin. One fan wrote on Twitter: “Taylor Swift in Versace is without question the Best Dressed of the night. (Although I must say, the field offered very slim competition.)”

Taylor Swift in Versace is without question the Best Dressed of the night. 🔥

(Although I must say, the field offered very slim competition.)#VMAs #VMAs2019 pic.twitter.com/XvVU7EnLrB

Gigi Hadid was a late arrival at the VMAs, but she impressed Twitter with her head-to-toe beige outfit: a strapless top, shiny pants and gold cap-toe pumps from Tom Ford. A fan who caught paparazzi images of Hadid before she hit the carpet wrote, “@GiGiHadid you look amazing!!! can’t wait for you to slay the red carpet.”

@GiGiHadid you look amazing!!! 😍 can’t wait for you to slay the red carpet 👅

Rick Ross wore a Dapper Dan for Gucci look that included a monogram coat, a tan top and bottom and black slippers with a gold horsebit. Twitter was into the look, with one user commenting, “@RickRoss was too clean w the Gucci trench though.”

@RickRoss was too clean w the Gucci trench though 🔥

Shawn Mendes opted for a sleek green Dolce & Gabbana suit with shiny black Chelsea boots. Fans of the pop star were into the bold color choice, with one writing, “Shawn Mendes’ EMERALD GREEN suit. I LOVE IT.”

Normani slayed the red carpet in a Nicolas Jebran dress with cut-out detailing at the midriff. The former Fifth Harmony singer teamed the gown with red sandals that incorporated stud detailing and a stiletto heel. Netizens aplenty declared her best-dressed, with comments including: “funny how normani already won best dressed.”

Camila Cabello went for an angelic look in head-to-toe white, sporting a chic gown with cut-out details and strappy Jimmy Choo platform sandals. Twitter was into the outfit, with one fan writing, “SHE IS LIT RALLY GLOWING LUV CAMILA CABELLO IS BEST DRESSED #VMAs.”

Flip through the gallery to see more best-dressed celebs at the 2019 MTV VMAs.