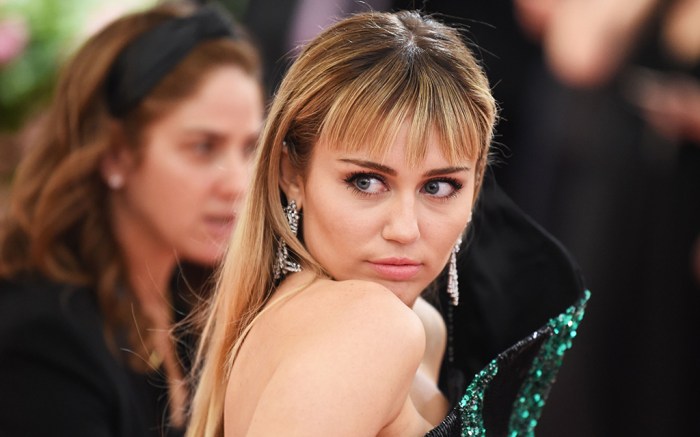 All eyes were on Miley Cyrus as she made her entrance at the 2019 Met Gala tonight in New York.

The 26-year-old wore a one-shouldered black and green minidress by Saint Laurent. She had on sheer black tights with polka-dot detailing underneath.

For footwear, the “Nothing Breaks Like a Heart” singer went with the fashion house’s black ankle-strap Paige sandals that featured tie detailing and a chunky 6-inch heel; they retail for $995.

She was accompanied by husband Liam Hemsworth, who looked dapper in a black tuxedo with black accessories.

While the Disney alum has never been one to play it safe on the red carpet, this look was a more dramatic one than her outfit Last year. The pop-star wore a plunging black Stella McCartney gown that hid her heels.