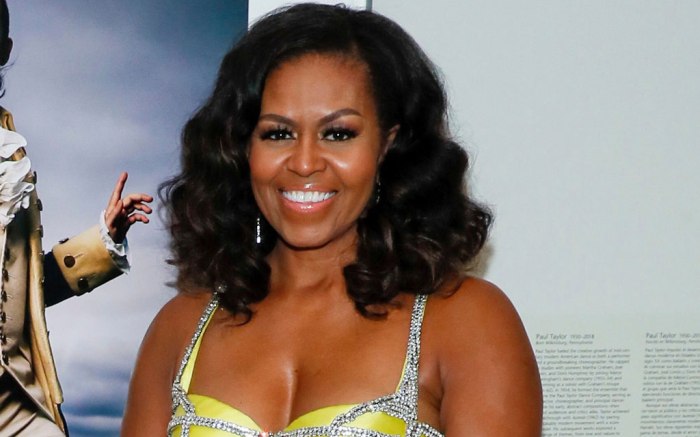 Since her husband left the White House in January 2017, Obama has been making fewer appearances, but she’s had more room to get creative with her ensembles.

Throughout her time as first lady, Obama championed American designers, and while Schiaparelli is based in Paris, creative director Daniel Roseberry, the creator of the dress, is American-born.

“The inspiration for the shape originally came from the crinoline, which is often found underneath couture gowns, but the real starting point for the overall look was the color,” said Roseberry in a release. “The acidic tone echoes Elsa Schiaparelli’s signature shocking pink, and we also felt that it matched the strength and energy of Mrs. Obama. It was such an honor to make this special gown for her.”

The “Becoming” author’s shoes were hidden underneath the gown.

At the gala, notables from across fashion, business and entertainment were honored with portraits of themselves. Anna Wintour, Jeff Bezos, Lin-Manuel Miranda and Earth, Wind & Fire were among those to receive portraits.