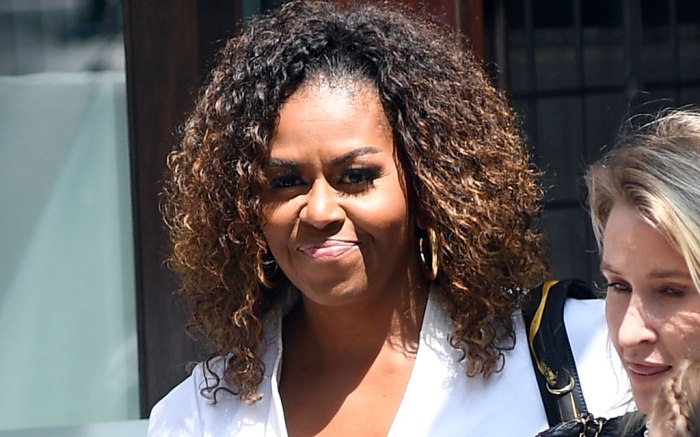 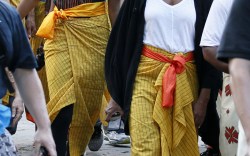 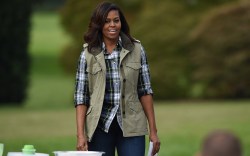 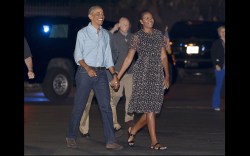 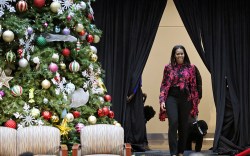 Michelle Obama is the most-admired woman in the world, according to a recent poll — and her style is just one of many things fans love.

Obama showed off her sartorial savvy in New York today on a lunch date with Sarah Jessica Parker at the Greenwich Hotel. The former first lady sported a summery white midi dress, which she teamed with chic wedge sandals that showed off her bold blue pedicure.

The “Becoming” author’s shoes were Gianvito Rossi, with a brown goat leather upper, a buckle-fastening ankle strap and a 3.5-inch wedge heel made of cork. The sandals cost $845 and are available to shop on Net-a-Porter.com.

Rossi has been involved in the footwear industry since a young age, having been born into the business as the son of shoe legend Sergio Rossi.

“[Growing up], it was very difficult to distinguish the difference between home and factory — it was all the same,” he explained at the FN CEO Summit in Miami this May. “It was a big playground. I had a lot of friends who were working for my father. So it was great.”

The designer’s early training appears to have paid off because he’s found success among plenty of influencers and celebrities. Aside from Obama, Rossi’s fans include Demi Lovato, Kate Middleton and Rosie Huntington-Whiteley.

Watch the video below for a behind-the-scenes look at Jamie Chung’s FN cover shoot.