7 Worst-Dressed Celebs at Met Gala 2019, According to You 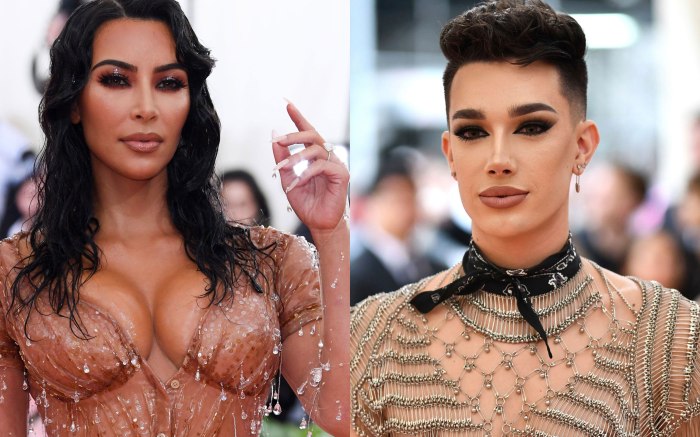 The Met Gala tends to bring out some of the riskiest red carpet looks of the year — but not every look can be a winner.

With the 2019 theme as “Camp: Notes on Fashion,” celebrities hit the red carpet in New York tonight in outrageous ensembles. Fans thought some failed to strike the right note, though.

Below, Twitter found these seven looks to be major fails.

That’s grandmas fancy nightgown Gwyneth , give it back!! #MetGala pic.twitter.com/drtunuZzUP

YouTuber James Charles suited up for the Met Gala in an Alexander Wang look consisting of a chainmail top, slouchy pants and booties with an exposed zipper. Twitter disliked the look, with one user quipping: “Who was better dressed at the #MetGala? RT for pigeon, like for James Charles.“

Who was better dressed at the #MetGala? RT for pigeon, like for James Charles pic.twitter.com/hAo8Sf5SD9

Kim Kardashian commanded attention in a skintight nude-illusion Mugler dress that appeared to have beads of sweat coming off it and matching see-through sandals. But some fans thought it was too similar to other things she has worn. “All Kim Kardashian knows is basic bodycon dresses SIS WE ARE TIRED OF IT,” a Twitter user wrote.

All Kim Kardashian knows is basic bodycon dresses SIS WE ARE TIRED OF IT #MetGala #MetCamp pic.twitter.com/Q77D040HE1

Karlie Kloss flaunted long legs in a gold minidress by Dapper Dan and Gucci. But some Twitter users felt that the look was “boring”: “Karlie Kloss… what is this???? This is beyond boring,” @hannahxmarie_ said.

Karlie Kloss… what is this???? This is beyond boring #MetGala pic.twitter.com/RNGuhni7PF

Caroline Trentini’s look was a skull-printed Thom Browne dress with strappy sandals. But some fans thought the look seemed too Halloween-like. “Caroline Trentini whole look is mess like this ain’t no Halloween sis,” said @izzyxmama.

Frank Ocean stepped out in an all-black look from Prada. Fans were less than impressed with his monochromatic ensemble. “Did Frank Ocean get a side gig as security?” joked @el_gibbs. Others thought he looked like a valet.

Did Frank Ocean get a side gig as security? #MetGala pic.twitter.com/rPaQpijYFc