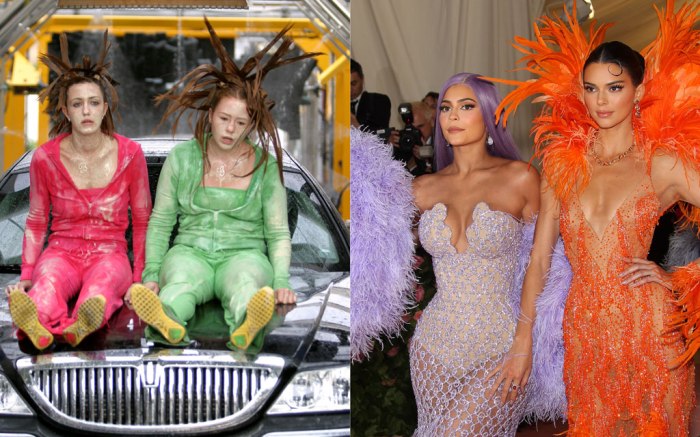 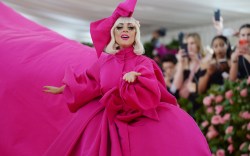 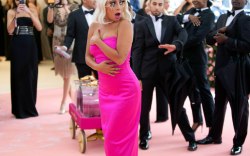 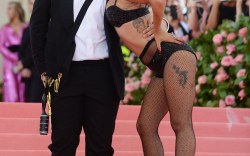 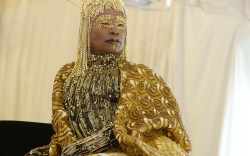 The 2019 Met Gala was last night — and while the celebrities were busy walking the red carpet in New York, the internet was busy creating memes.

Twitter and Instagram exploded with lots of discussion about the biggest stars’ ensembles. And social media users generated memes aplenty about the looks almost instantaneously.

Below, we’ve rounded up nine of our favorites.

1. Kendall and Kylie Jenner as the Evil Stepsisters

Kendall and Kylie Jenner came dressed in matching Atelier Versace looks. Kendall sported a sheer orange look with feathered detailing, while Kylie had on a purple version of the outfit, complete with a long wig.

While the girls made best-dressed lists aplenty — including ours — the internet compared their outfits to the evil stepsisters’ looks in “Cinderella.” Some offered a contemporary spin by comparing them to the sisters in the ’00s “A Cinderella Story” film, which starred Hilary Duff.

Kendall and Kylie straight pulling up to the Met Gala like the evil stepsisters from Cinderella pic.twitter.com/znub24PYTY

why did everyone slay at the #MetaGala but Kylie and Kendall showed up looking like Brianna and Gabriella from A Cinderella Story??? pic.twitter.com/eckMcS95Sv

2. Katy Perry as Lumiere From “Beauty and the Beast”

Katy Perry went bold for this year’s Met Gala, hitting the red carpet in a chandelier dress by Moschino and pulling together the outfit with a matching headdress and cake-stand heels. Fans thought she looked like the candelabra Lumiere from “Beauty and the Beast.”

Designer: what’s your idea for your outfit
Katy Perry: lumiere from beauty and the beast
Designer: say no more pic.twitter.com/C9QRWQXP6D

Céline Dion wore a fringed silver Oscar de la Renta dress inspired by showgirl style to this year’s Met Gala. Her shoes were custom T-strap pumps made by Chloe Gosselin. The over-the-top look reminded some of a pasta drying rack.

Celine Dion looks like a pasta drying rack and I mean that as the highest compliment pic.twitter.com/bfmjsBWcej

4. Jared Leto as Gibby From “iCarly”

With Jared Leto carrying around a mold of his own head, it’s almost like he was asking to be memed. The star drew comparisons to Gibby from “iCarly,” as well as to Michael Scott from “The Office.” His bold look was by Gucci.

Jared Leto at the #MetGala: pic.twitter.com/l7UW6PGF7l

5. Cardi B as a Golgi Apparatus

Cardi B’s Met Gala look had Twitter flashing back to high school biology class. The rapper wore a Thom Browne dress with a never-ending train that looked like part of a cell.

6. Frank Ocean as a Security Guard

Frank Ocean was understated at the Met Gala in an all-black Prada ensemble. The internet was quick to compare his look to that of a security guard (the singer himself thought he looked like a valet).

Did Frank Ocean get a side gig as security? #MetGala pic.twitter.com/rPaQpijYFc

7. Kim Kardashian as a Croissant

Kim Kardashian had on a curve-hugging Mugler dress complete with see-through water droplets. She teamed it with clear, droplet-covered sandals. But the look was more croissant than camp to some on Twitter.

Why does she look like a croissant #MetGala pic.twitter.com/pJprht3FWy

8. Billy Porter as a Golden Snitch

Billy Porter wore a gold look by the Blonds with custom Giuseppe Zanotti shoes — while being carried by a host of shirtless men. Although there were plent of memes about his look, one of the most viral saw his dramatic wings compared to a Golden Snitch from the “Harry Potter” series.

9. Cole Sprouse and Lili Reinhart as Barney and Betty Rubble

“Riverdale” co-stars Cole Sprouse and Lili Reinhart — who made their red carpet debut as a couple at the 2018 Met Gala — got memed as Barney and Betty Rubble from “The Flintstones.” Reinhart wore a blue Ferragamo dress with strappy sandals by Paul Andrew, while Sprouse had on a printed vest and pants with a nude top underneath. His shoes were brown boots.

i don't hate it pic.twitter.com/qV7TBnjCnE

Click through the gallery to see the best-dressed stars at the Met Gala.

Watch the video below to see celebrities at the 2018 FNAAs.