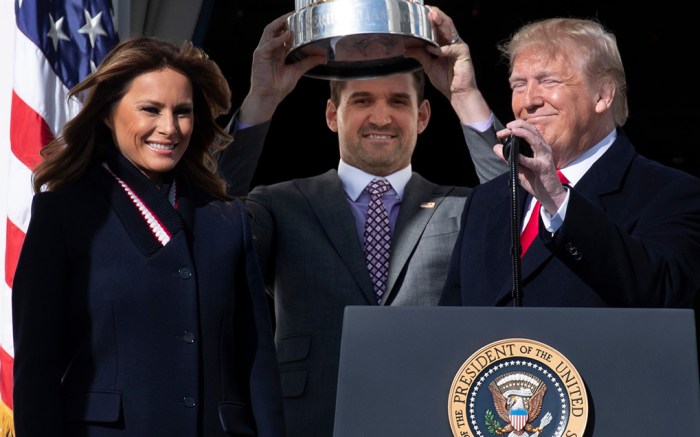 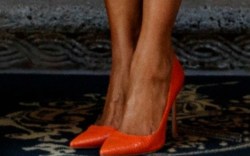 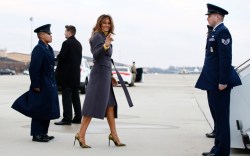 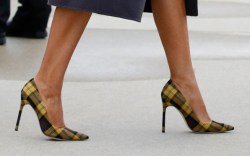 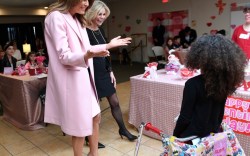 The nation’s capital has been reveling in victory after its home team won its first-ever World Series championship against the Houston Astros on Oct. 30. Now, the triumphant Nationals brought the celebration to the White House.

Some members of the team were honored today by Donald and Melania Trump from the South Portico. The first lady wore a navy blue coat by Stella McCartney with white and red accents on the lapel when she greeted the athletes. Though the coat is from a British luxury brand, she paid a subtle tribute to the team’s red, white and blue colors.

“Congratulations on an amazing season!” she captioned a series of photos on Instagram.

Under Armour athlete Ryan Zimmerman thanked the president for “keeping everyone safe in our country and continuing to make America the greatest country to live in the world.” Meanwhile, catcher Kurt Suzuki donned a MAGA hat alongside pitchers Stephen Strasburg and Max Scherzer, and second baseman Howie Kendrick. All of them were in Nike cleats on the Oct. 30 victory day.

The MLB stars presented Donald with his own jersey emblazoned with his name and “45” — a nod to the 45th president.

The @Nationals won a World Series for the ages! pic.twitter.com/x0n3zpRdux