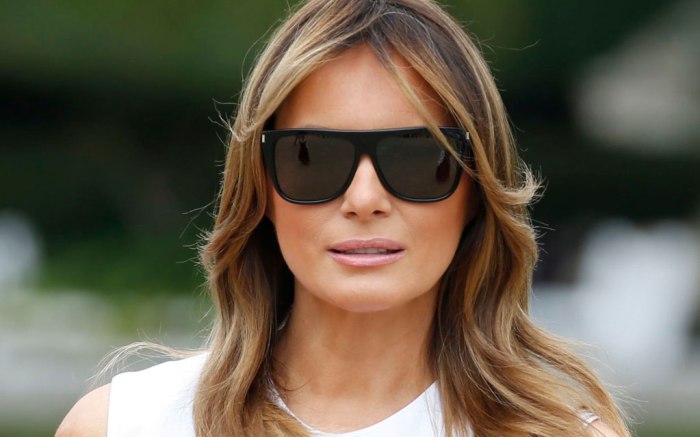 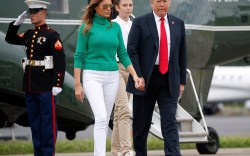 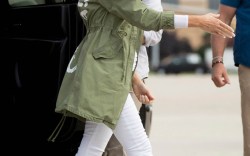 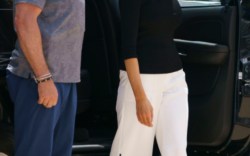 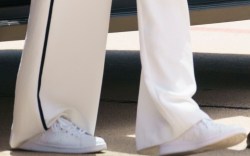 Melania Trump loves her stilettos, but she ditched the high heels for a sensible pair of flats at the G7 Summit near Biarritz, France, on Sunday.

The 49-year-old looked chic in head-to-toe white for an outing with other first ladies whose husbands are also G7 members.

FLOTUS was photographed in a midi dress that belted at the waist. She teamed the dress with her Christian Louboutin ballet flats, which feature a leather upper, an ultra pointy toe and the brand’s signature red sole.

But Melania Trump hasn’t entirely ditched her high heels on the G7 trip. She wore her go-to So Kate pumps Saturday night at a dinner she and husband President Donald Trump attended alongside France’s president, Emmanuel Macron, and his wife, Brigitte. The former catwalker paired her soaring silver stilettos with a pleated Gucci jersey dress. Meanwhile, Brigitte Macron was clad in a custom Louis Vuitton sheath dress with the brand’s gold-trimmed Eyeline pumps. Both men wore dark suits.

Flip through the gallery to see the rare occasions on which Melania Trump has worn sneakers.

Watch the video below to see Carrie Dragshaw’s tips on how to walk in heels.