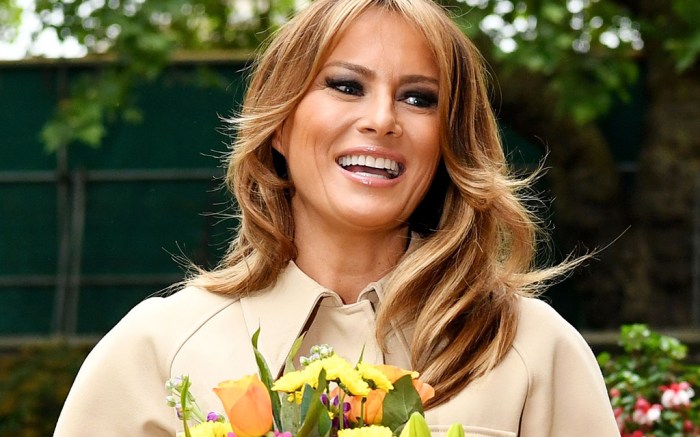 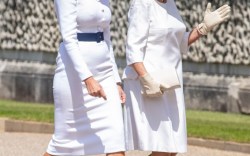 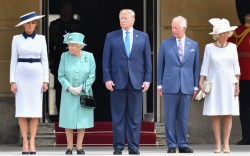 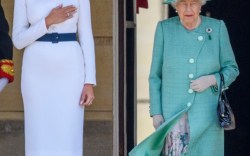 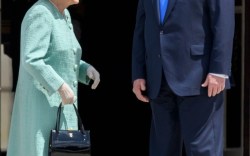 Melania Trump reached for a reliably chic outfit today in London at a garden party held at 10 Downing Street.

The first lady accompanied President Donald Trump, who met with British Prime Minister Theresa May and her husband, Philip. For the occasion, she wore a camel-colored coat dress by Celine with a black belt and matching pumps. The former model was spotted in the same dress last year.

Of course, she also played favorites with her shoes. Melania completed the outfit with black Manolo Blahnik BB pumps. The shoes, done in an embossed leather on a 4-inch stiletto heel, retail for around $665, but depending upon the material and details, it can go for much higher. Featuring a low-cut vamp and topline with pointy toes, it’s one of the most flattering footwear silhouettes because it helps lengthen the appearance of legs.

It’s been more than 10 years since the designer created the footwear and named it after French movie star Brigitte Bardot. “It’s a good shoe for every occasion,” Blahnik has said of the shoes.

Melania is also a fan of Christian Louboutin, having worn his So Kate pumps many times while carrying out her duties.