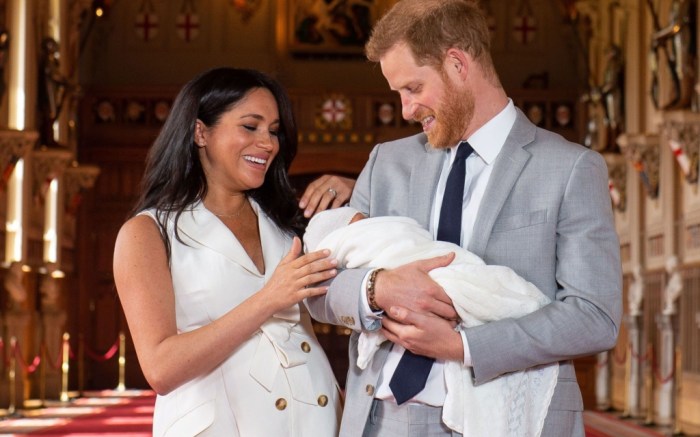 The first photos of Baby Sussex are here.

Meghan Markle and Prince Harry opted out of a traditional debut on the steps of the Lindo Wing at St. Mary’s Hospital in London and instead posed with their new son today at Windsor Castle. The 37-year-old actress-turned-duchess, who gave birth on Monday, wore a white dress and classic nude suede Manolo Blahnik BB pumps for the special occasion.

When asked what being a mom has been like so far, Meghan replied, “It’s magic. It’s pretty amazing. I have the best two guys in the world, so I’m really happy.”

She then revealed that Baby Sussex apparently “has the sweetest temperament. He’s really calm” — to which Harry quipped, “I don’t know where he gets that from!”

The former “Suits” star added, “He’s just been a dream — it’s been a special couple of days.” A name for the baby has yet to be revealed.

Flip through the gallery for a look at Meghan Markle’s maternity style.