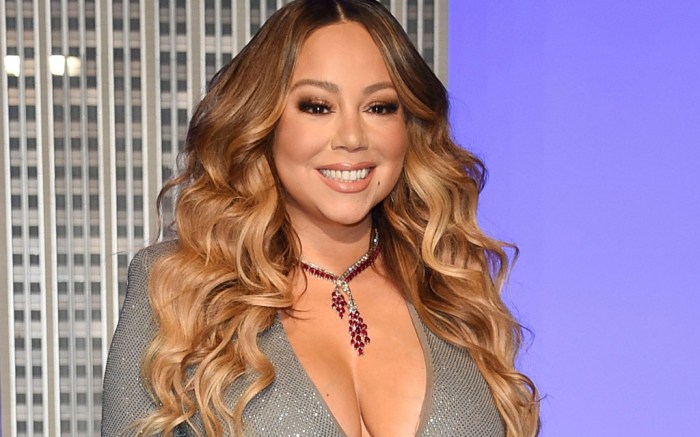 Mariah Carey is usually seen in soaring platforms, but today she wisely ditched the heels for a day of sledding with her kids in Aspen, Colo.

Carey wore a black-and-white ensemble, teaming a Moncler puffer jacket with black ski pants that had a white racing stripe down the sides.

For shoes, the “All I Want for Christmas Is You” singer chose puffy black boots with white laces and a rounded toe. A Louis Vuitton scarf, fluffy gloves and a Moncler logo hat completed the look.

The image caught the attention of many fans of the A-lister, among them none other than Millie Bobby Brown.

While Carey wore an appropriately wintry look for her trip to the mountains, she’s known to sport heels for all kinds of occasions, including activities like running on a treadmill and bowling with Monroe and Moroccan.

Click through the gallery to see Mariah Carey’s most glamorous performance looks.