Mariah Carey’s Birthday Party Outfits Are Made to Command Attention 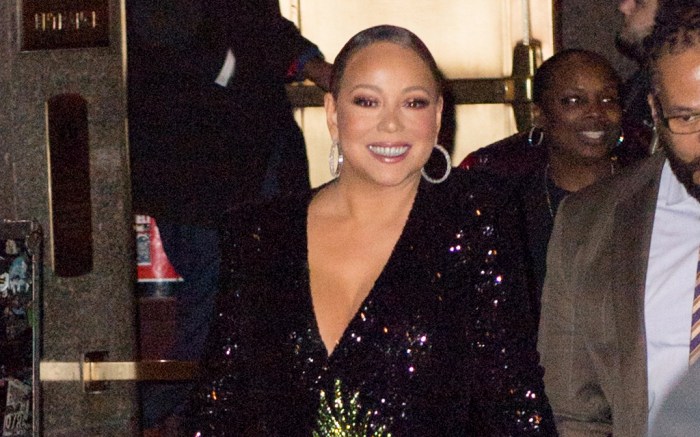 Today is Mariah Carey’s 49th birthday, and she has been celebrating all week in New York while she’s on her “Caution” world tour. And every high-heeled step of the way, the Grammy winner has commanded attention.

She wore a pair of embellished Christian Louboutin heels for the occasion.

To honor the megastar, we take a look back at what Carey has worn at other birthday parties over the years.

In 1998, she attended Diddy’s birthday party at Hotel Cipriani in New York wearing a red dress and a shoe trend that has been revitalized recently: square-toed shoes.

Her sandals featured double straps and a block heel.

A few years later, she attended Diddy’s birthday party again, but this time, she stepped up the eccentricity of her ensemble.

She chose a green princess-style gown complete with a full tulle skirt and train as well as a matching tiara.

In 2006, Carey brought out a retro look with a low-cut shimmering top and maxi skirt for L.A. Reid’s 50th birthday.

Her outfit was completed by a set of thick gold sandals.

For the birthday party of Prince Azim of Brunei in 2012, she had on a gold shimmery dress with matching thin heels.

Last year, the “We Belong Together” singer attended Floyd Mayweather’s birthday in Los Angeles with her boyfriend, Bryan Tanaka.

Though it wasn’t her birthday, Carey still dressed to the nines in a low-cut little black dress with blinged-out jewelry and a pair of oversized sunglasses.

For footwear, she had on chunky black peep-toe platforms with a block heel.

See Mariah Carey’s most body-confident styles over the years.