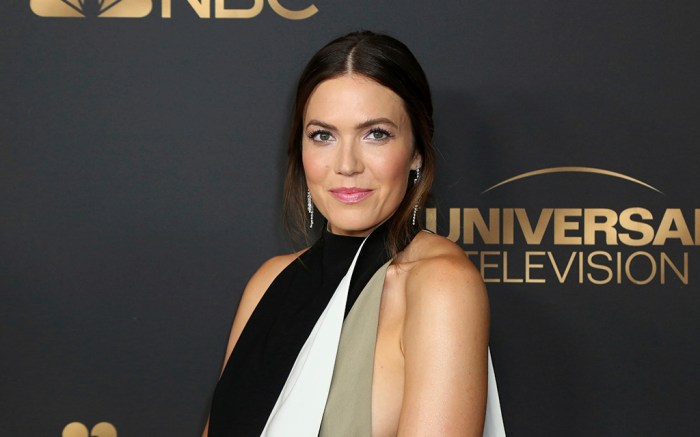 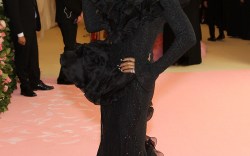 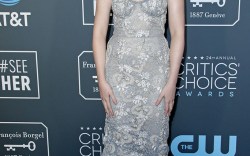 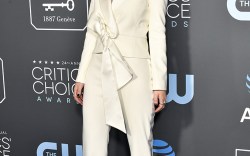 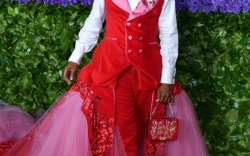 Classic shoes will never go out of style — just ask the stars who attended NBC’s party for Emmy nominees yesterday in Los Angeles.

Mandy Moore looked stylish in a patterned Proenza Schouler dress that featured a color-blocked pattern and a halter-style neckline. For footwear, the “Candy” singer went with pointy-toe black pumps.

Moore’s “This Is Us” co-star Chrissy Metz wore a custom teal and magenta dress by Anthony Thomas Galante with Gabriel & Co. and Luisa Alexander jewelry. She paired the colorful dress with simple sandals, choosing a gold ankle-strap sandal that showed off her pastel pedicure.

Like Brown, Jameela Jamil chose a colorful suit — with more subdued footwear. The actress went with a red two-piece look by Emilia Wickstead. Her shoes were black pointy-toed kitten heels from Prada.

Other attendees at NBC’s cocktail party included Justin Hartley, Ted Danson and Milo Ventimiglia. The Emmys will air on Sept. 22, 2019 from the Microsoft Theater in Los Angeles; the ceremony will be broadcast in the U.S. on Fox.

Click through the gallery to see the most stylish 2019 Emmy nominees.

Watch the video below for a look at the red carpet and other highlights from the 2018 FN Achievement Awards.