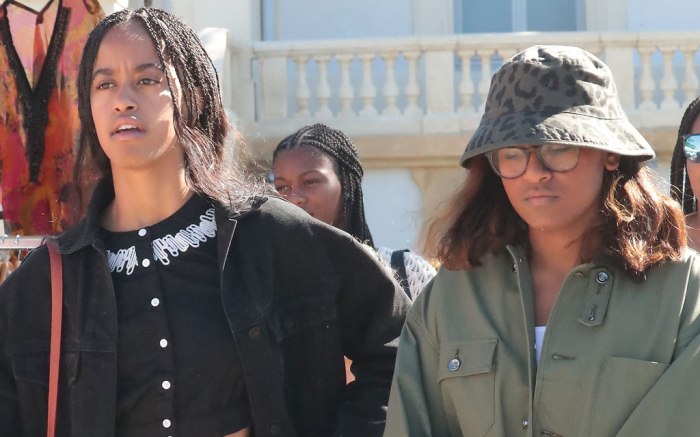 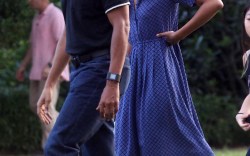 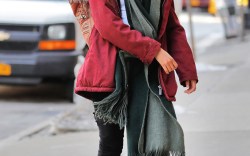 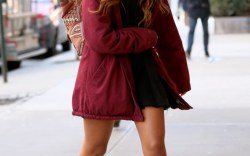 When it comes to casual-chic street style, the Obama daughters seem to have the formula down pat.

Malia and Sasha were spotted shopping at a market in Avignon, France today, where they stayed true to their generation in some of the biggest trends of the moment.

Malia wore a black denim jacket over a black button-front shirt with white embroidery and high-waisted shorts. On her feet, the 20-year-old had on trendy Dr. Martens boots — a shoe style that’s been approved by plenty of “it” girls (including another pair of famous sisters: Bella and Gigi Hadid).

She carried a red Mansur Gavriel bucket bag and wore her hair in long braids going down her back.

Meanwhile, Sasha, 18, wore an outfit that looked as if it’d been plucked straight from the racks of Urban Outfitters. The newly anointed high school graduate wore an oversize green jacket layered over a white shirt and light wash mom jeans. For shoes, Sasha went with white Nike Air Force 1 high-tops, proving that the white sneaker trend isn’t going anywhere. The teen topped off her look with a leopard-print bucket hat (both animal prints and the ’90s throwback hats are in vogue).

Malia is entering her junior year at Harvard next year. While the Obamas haven’t officially revealed where Sasha will be attending college, she’s rumored to be headed to University of Michigan in the fall.

In the video below, check out celebrity kids’ chic street style moments.