How Madonna’s Style Has Evolved 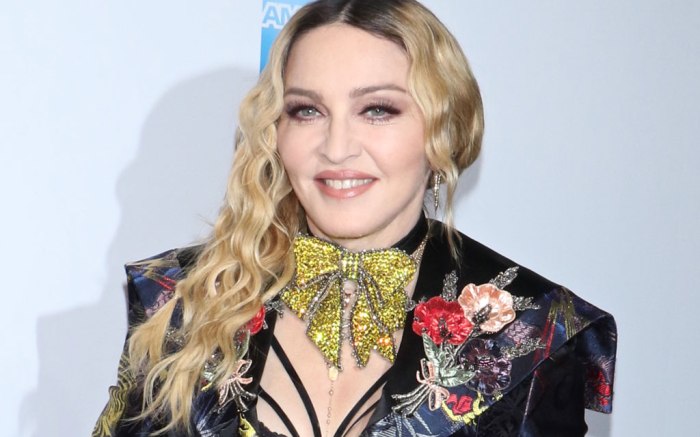 As the master of the pop star reinvention, Madonna has changed her look quite a few times over the years.

The singer, who turns 61 today, burst onto the scene in the ’80s with a colorful, club kids’ look — but it didn’t take long before she shifted toward a more grown-up aesthetic. Her “Boy Toy” mid ’80s look featured corsets, chain necklaces and those famous gloves.

Best-known with blond tresses, Madonna went for a more pared-down look than usual for her “Like a Prayer” music video in 1989 with dark hair and a black slipdress.

In the ’90s, the A-lister landed a film role for the ages, playing Eva Peron in “Evita” (1996). While promoting the movie, Madonna wore bold-colored dresses with matching pumps and hair accessories — looks that seemed inspired by Peron’s real-life ensembles.

While the “Like a Virgin” hitmaker is always pulled together on the red carpet and on stage, she has been spotted over the years wearing more casual looks as she goes and back and forth from the gym. Her go-to workout attire involves zip-up hoodies and velour sweats, with Adidas slides or Nike sneakers for footwear.

After more than three decades of reinvention, Madonna still has another act in her. The “English Roses” writer unveiled her latest persona, Madame X, in June. The latest boundary-pushing look features an eye patch and fishnet tights.

Flip through the gallery to see more of Madonna’s evolving style.

Watch the video below to go behind the scenes at Eva Chen’s FN cover shoot.