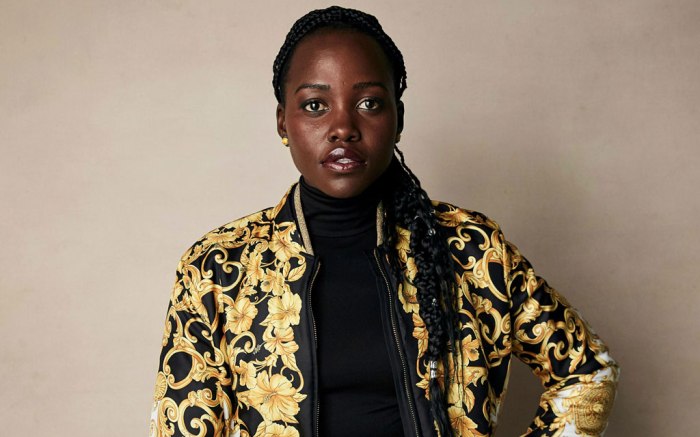 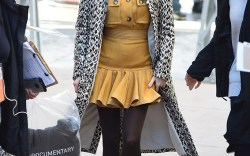 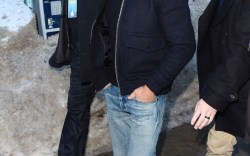 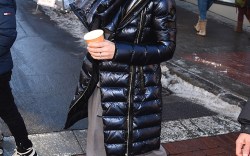 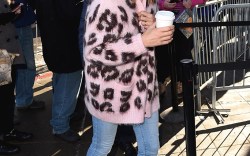 The 35-year-old “Black Panther” star took a walk in Park City in a printed Versace puffer jacket covered in the label’s signature white, black and gold baroque print. The statement jacket is belted at the waist and retails for around $2,800. She teamed the coat with slim-fitting dark jeans by L’Agence and a turtleneck sweater and a handbag by Tod’s.

On her feet, Nyong’o wore black ankle boots by Christian Louboutin. The boots feature a chunky 3-inch heel, which is more casual than a stiletto and, thus, a fitting choice for the laid-back Sundance environment.

Dubbed the “Telezip,” the booties feature an exposed zipper that curves around the base of the almond-shaped toe. The heels retail for around $1,300.

At the premiere of “Little Monsters” today, the “12 Years a Slave” actress opted for a sleek all-black ensemble.

The Yale University alumna was stylish in a high-neck black velvet dress, which featured pointed shoulders and long sleeves. She wore dark tights underneath the dress  — a wise decision given the chilly temperatures of Park City.

Nyong’o completed her look with ankle-strap pumps with stiletto heels and crystal embellishment on the buckle.

These Were the Best-Dressed Celebrities at Sundance