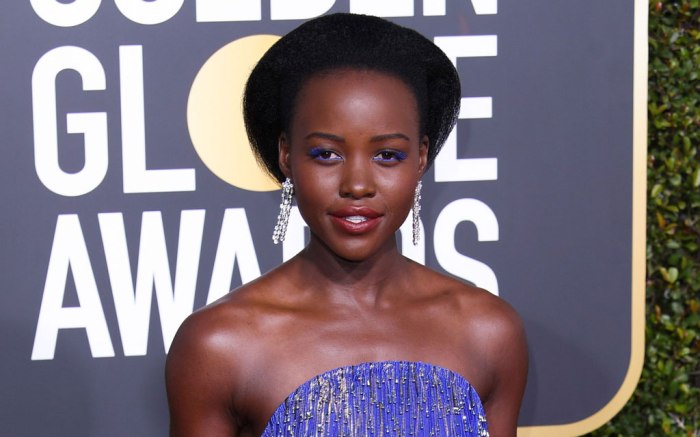 Amid a sea of designer stilettos on the Golden Globes red carpet, Lupita Nyong’o selected a surprisingly affordable pair of shoes.

The “Black Panther” actress stunned at the event in Los Angeles tonight, hitting the red carpet in an electric blue Calvin Klein dress with silver fringe detailing and a strapless neckline.

While the 35-year-old’s show-stopping gown was designer, her footwear was right off the rack.

The Academy Award winner chose Aldo’s Leventer sandal. The sandals — which originally were priced at $90 but have been marked down to just $45 — blended in with the other heels on the red carpet. Featuring a spiky 5-inch heel, the caged sandals have a high-shine patent exterior and a slender ankle strap.

Done up in a shiny silver, the shoes were the perfect counterpoint to the star’s dress — and paired with her elegant gown, the Aldo heels looked as if they were worth far more than their $45 price-tag.

Although Nyong’o is not a nominee at this year’s Golden Globes, she is no stranger to the awards ceremony: She was nominated in 2014 for best supporting actress for her work in “12 Years A Slave.” At this year’s show, she took to the stage alongside her “Black Panther” co-stars as they presented an award.

Click through the gallery for more celebrity arrivals at the 2019 Golden Globes.