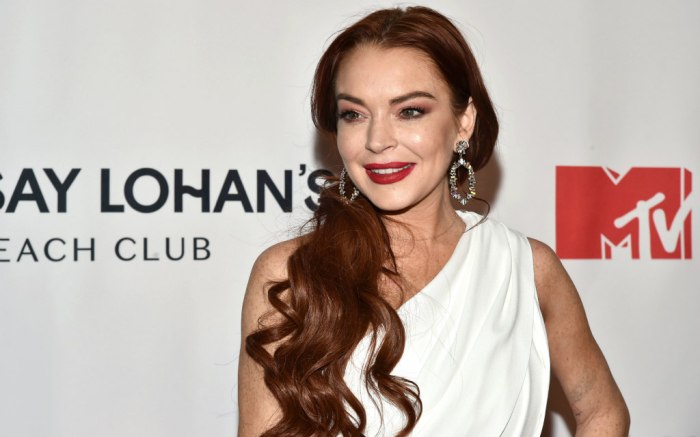 After stepping out of the spotlight for several years, former child star Lindsay Lohan is back with a soapy new MTV reality series chronicling her day-to-day exploits as the owner of two nightclubs in Greece. (She partnered with Greek millionaire and restaurateur Dennis Papageorgiou to open an Athens location in 2016, followed by a second venue in Mykonos last May.)

Since taking off on the runways in 2017, the sheer-socks-with-heels trend has been holding strong. A bevy of celebrities, including Rita Ora, Hailey Baldwin, Gigi Hadid and Mandy Moore, have embraced and put their own spin on the retro look. Kendall Jenner even took the trend to the red carpet, making quite the dramatic entrance at the 2017 Cannes Film Festival in a billowing Giambattista Valli minidress and metallic Jimmy Choo stilettos worn with sheer ankle socks.

“Beach Club” airs its first episode tonight at 8 p.m. ET. The cameras follow Lohan as she hires a staff of bottle servers, hosts and bartenders, and takes on the role of demanding boss. The episode will be followed by “Lindsay Lohan’s Beach Club: After the Show,” which will feature a much-anticipated reunion between Lohan and her “Mean Girls” co-star Jonathan Bennett.

Click through for an evolution of Lindsay Lohan’s party outfits through the years.