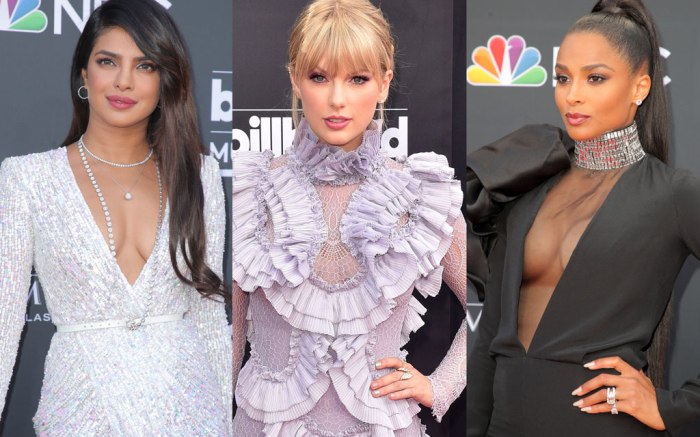 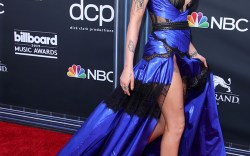 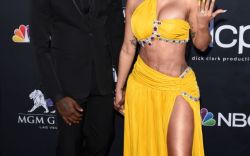 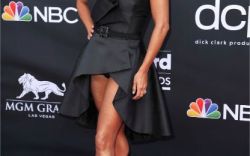 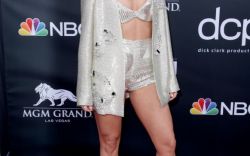 Stars flattered their figures in the leggiest outfits at the 2019 Billboard Music Awards in Las Vegas tonight.

Priyanka Chopra sported a plunging silver gown with long sleeves and a daring thigh-high slit. The “Quantico” actress created the illusion of even longer legs with her footwear, choosing leg-lengthening see-through Yeezy sandals by Kanye West to complete her ensemble.

Ciara went for a similarly leggy gown, choosing a black dress with sheer detailing at the midriff and a dangerous thigh-high slit. For shoes, the singer went with strappy black sandals that had a pointed silhouette and a stiletto heel.

The leggiest outfit of the night belonged to Cardi B, who had on a yellow crop top with a matching skirt. The star showed off a pair of Giuseppe Zanotti Harmony sandals as she posed for pictures with husband Offset.

Click through the gallery to see more leggy looks on the Billboard Music Awards red carpet.