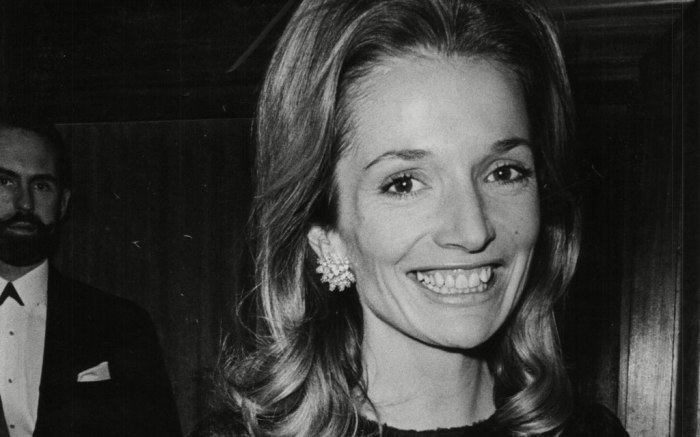 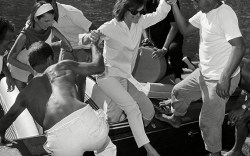 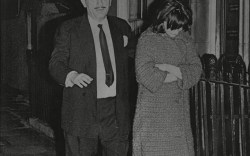 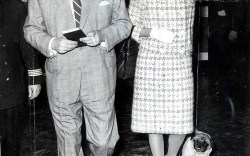 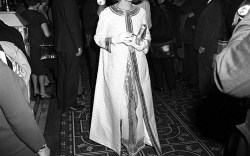 The younger sister of first lady Jackie Kennedy, Radziwill was known for her keen style sensibility and spent decades as a high-profile attendee of major fashion events.

While Radziwill was married three times, her last name came from her second marriage, to Prince Stanislaw Radziwell in 1959. Though they divorced in 1974, they were often photographed arm in arm throughout the ’60s, with the socialite looking chic in short coats and pointy-toed pumps.

Born as Caroline Lee Bouvier, Radziwill gained fame when President John F. Kennedy was elected president. She went on a highly publicized 1962 trip to India and Pakistan with her sister, where the pair were photographed riding a camel in impractical but chic dresses and pumps.

Attempts at an acting career were largely unsuccessful, but Radziwill developed a group of famous friends including “In Cold Blood” writer Truman Capote and designer Valentino Garavani.

She made a glamorous appearance at the 1977 Met Gala, stepping out in a gold Mary McFadden gown and strappy metallic sandals with politician Peter Tufo.

Radziwill honed her fashion chops with a short stint working for Giorgio Armani as a public relations executive, brand ambassador and special events coordinator. She was stylish in a strapless gown and pumps at a 1988 event hosted by the Italian designer.

Into the new millennium, the former interior designer was a staple at buzzy events in both New York and Paris, appearing on the red carpet at the New York City Ballet and Met Gala and stepping out for Fashion Week shows put on by Carolina Herrera and Giambattista Valli.

Click through the gallery to see more of Lee Radziwill’s style.